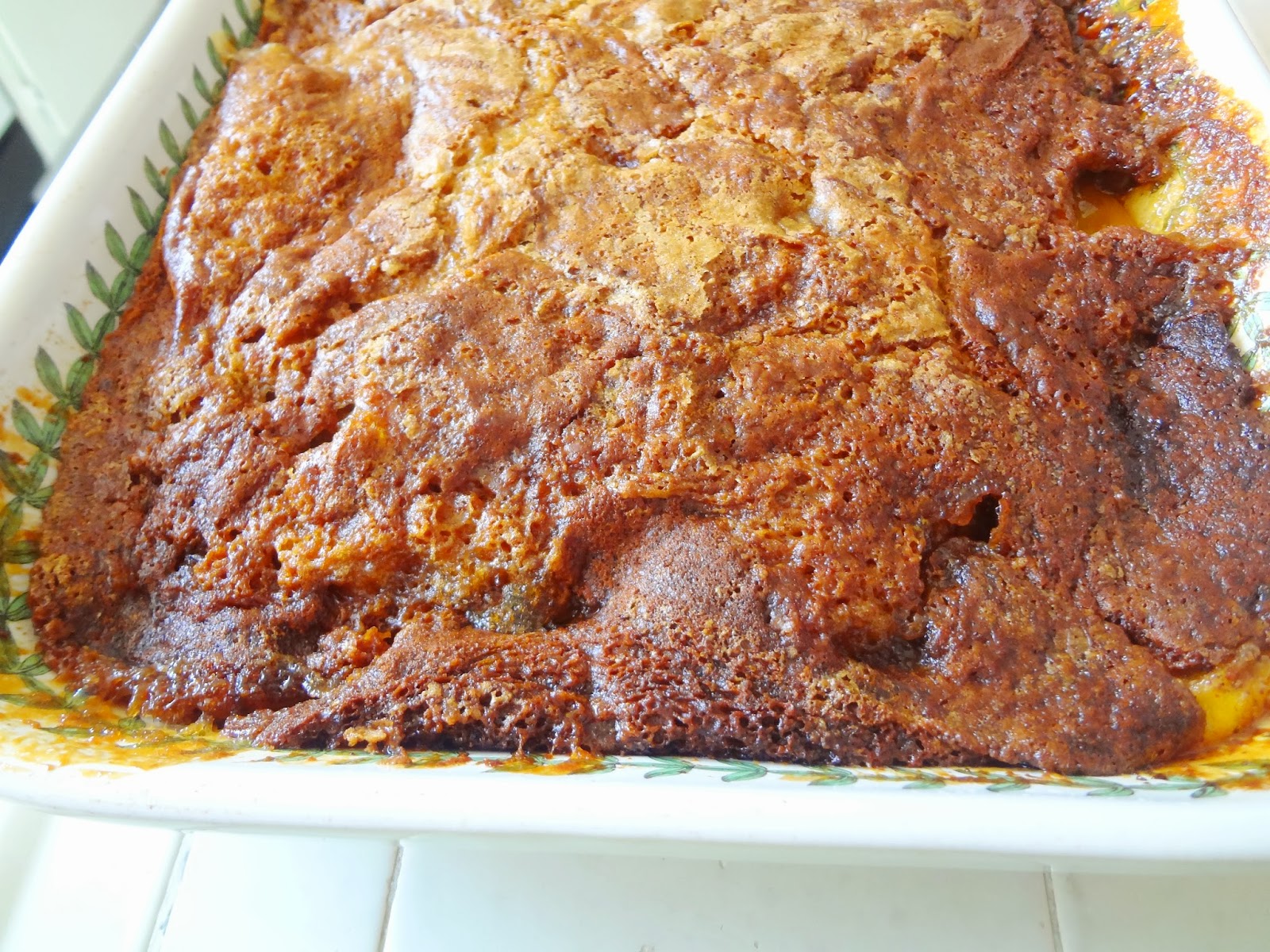 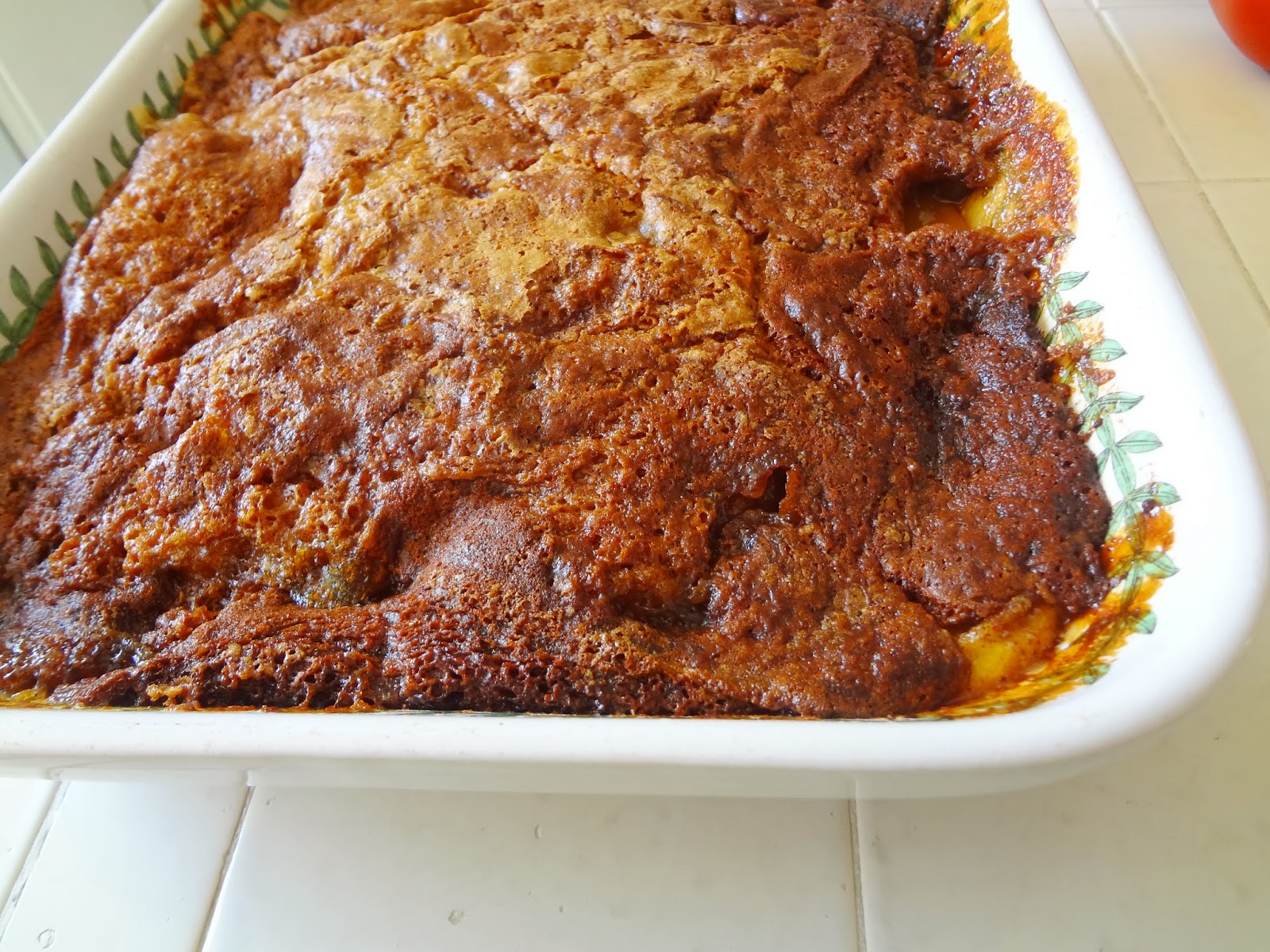 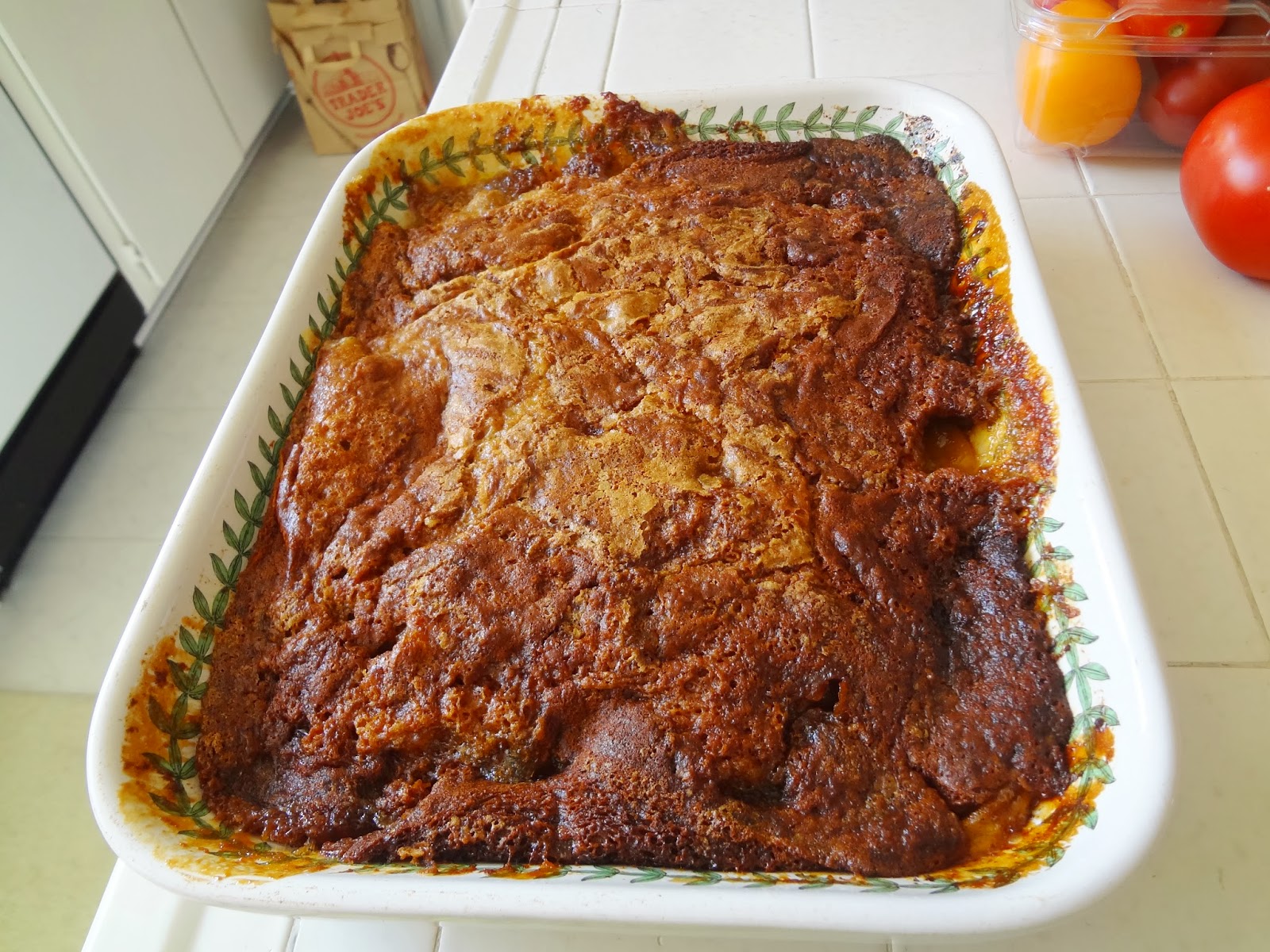 It's been such a long summer, so long it doesn't feel like fall yet. With all this heat the pumpkins in the grocery stores seem really out of place, it feels like the produce section should still be filled with heirloom tomatoes and stone fruit.

Peach cobbler is one my cousin's favorite desserts, we made one together many years ago, this is based off that recipe, it's sort of gooey, and the caramelized top gets really sticky.

This can be made with frozen peaches, not as great of course as peak of season peaches, but still awesome.

I have made this vegan before with coconut oil and almond milk, still turns out great.

Mix peaches with sugar and cinnamon, let it for around half an hour to release juices and dissolve sugars.

Scoop out peaches and place on flour mixture without stirring. Pour sugar and peach juice on top.