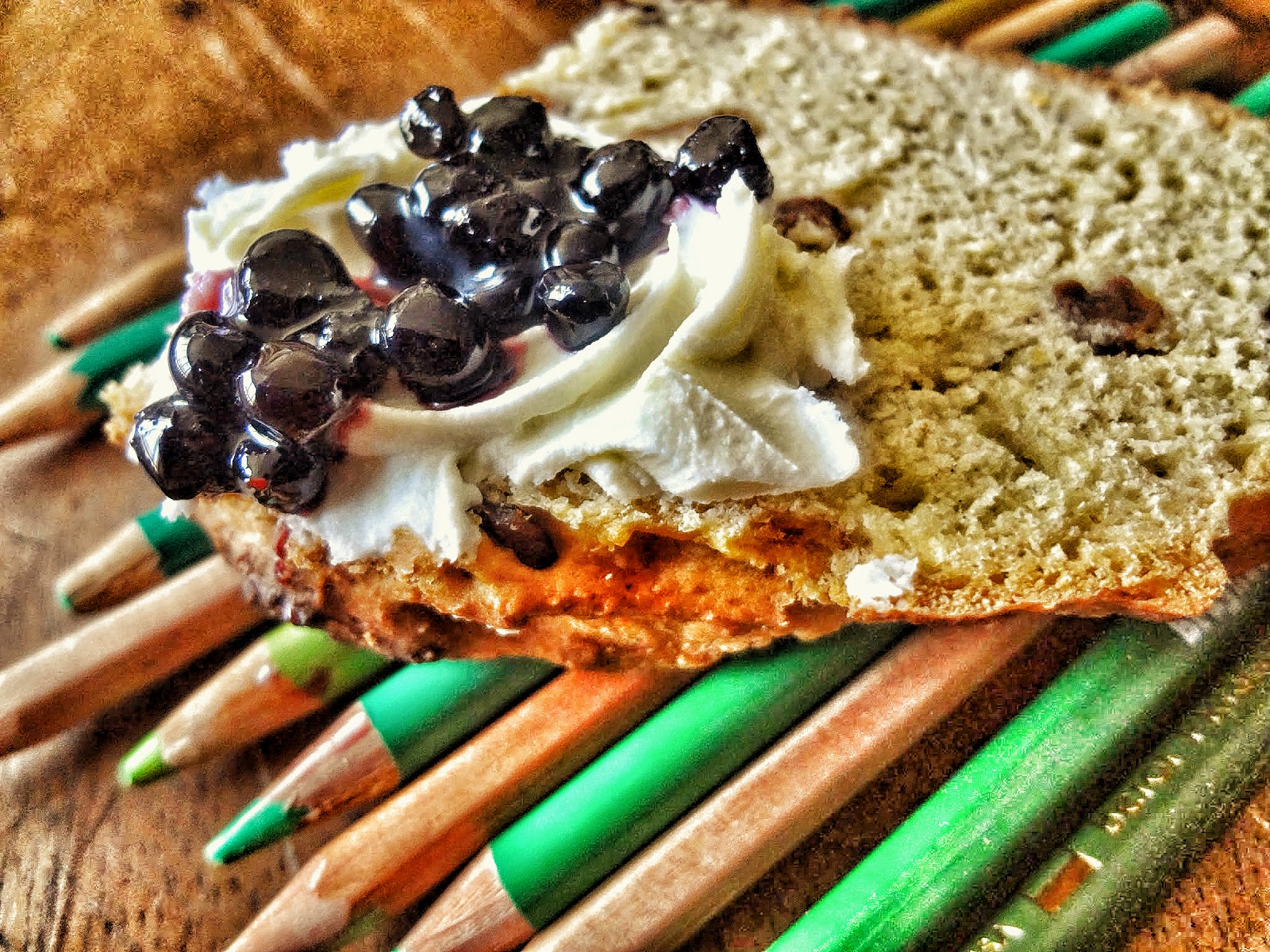 I think this is the first time I've been organised enough to make something for St. Patrick's Day in this to post. I was trying to create something with a rainbow, but then came across the idea of soaking the raisins in whiskey idea, and all was lost. I knew I was going to be making this. 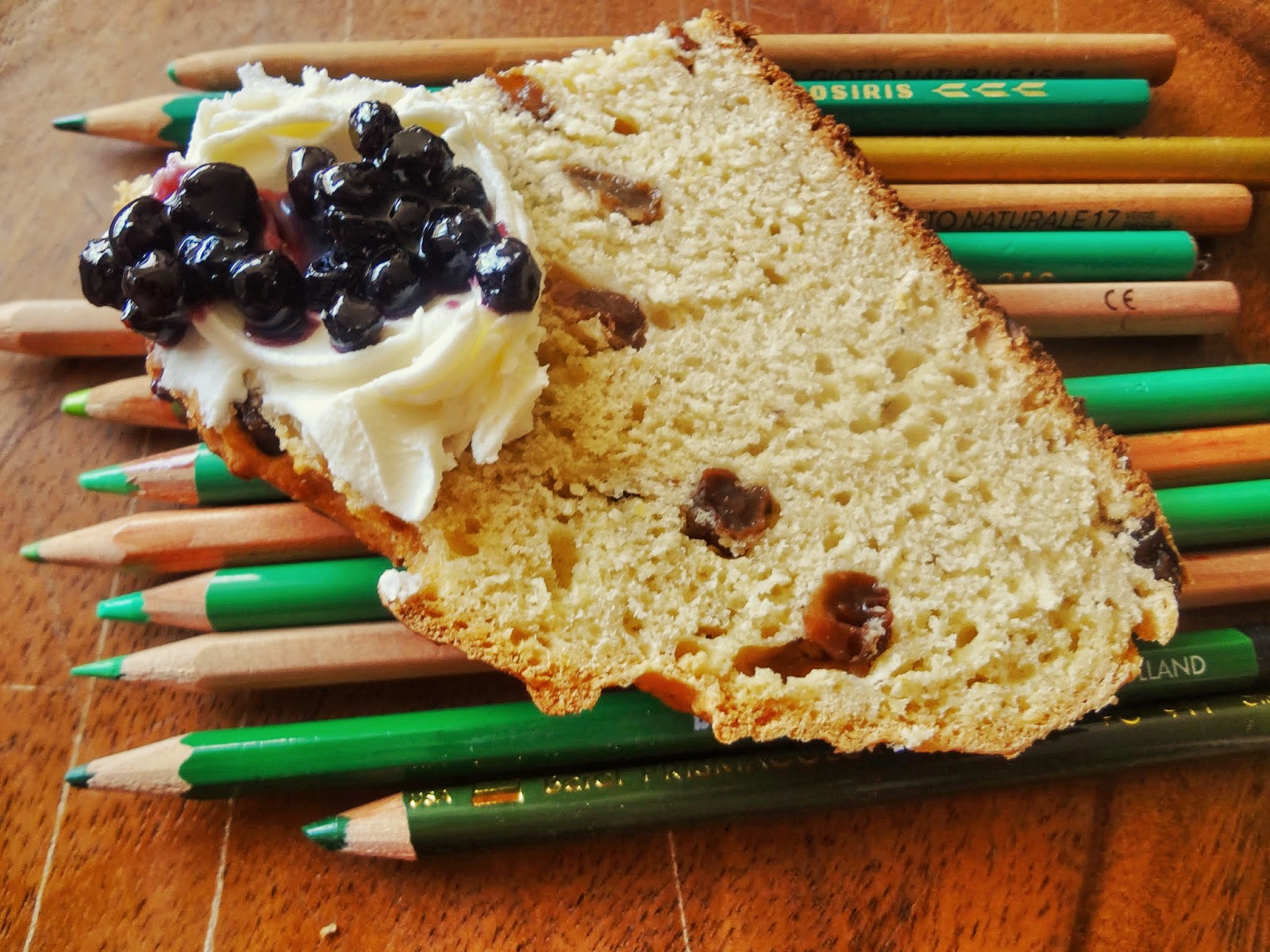 And then things took a turn towards the let's also make, I ended up with a mini batch of blueberry jam, and a little whiskey butter for the spreading, but I'll go into those later, First Irish Soda Bread,

So traditionally made with only four ingredients, I believe flour, baking soda, buttermilk and butter, (or maybe salt?), today's version is completely Americanised. 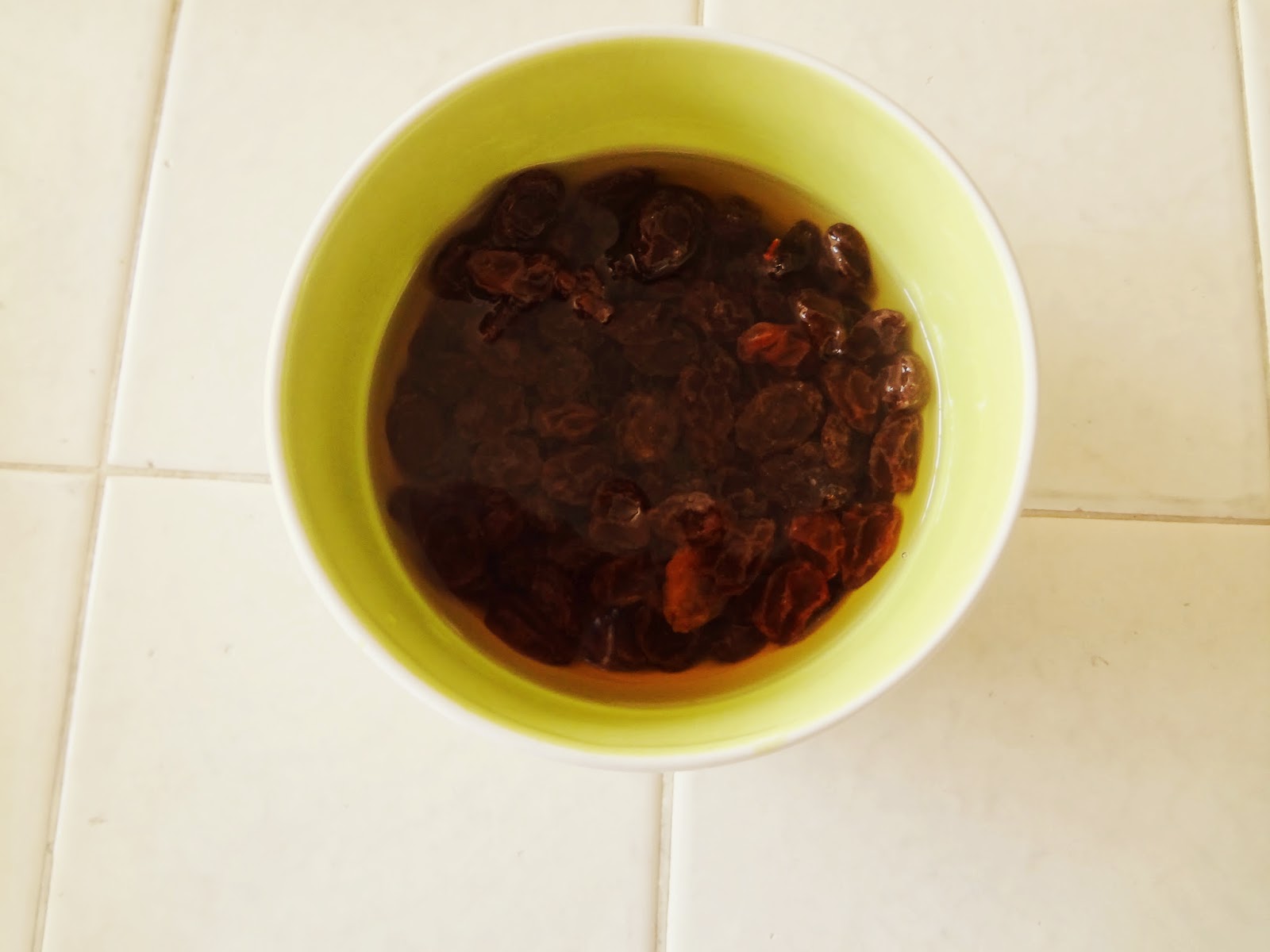 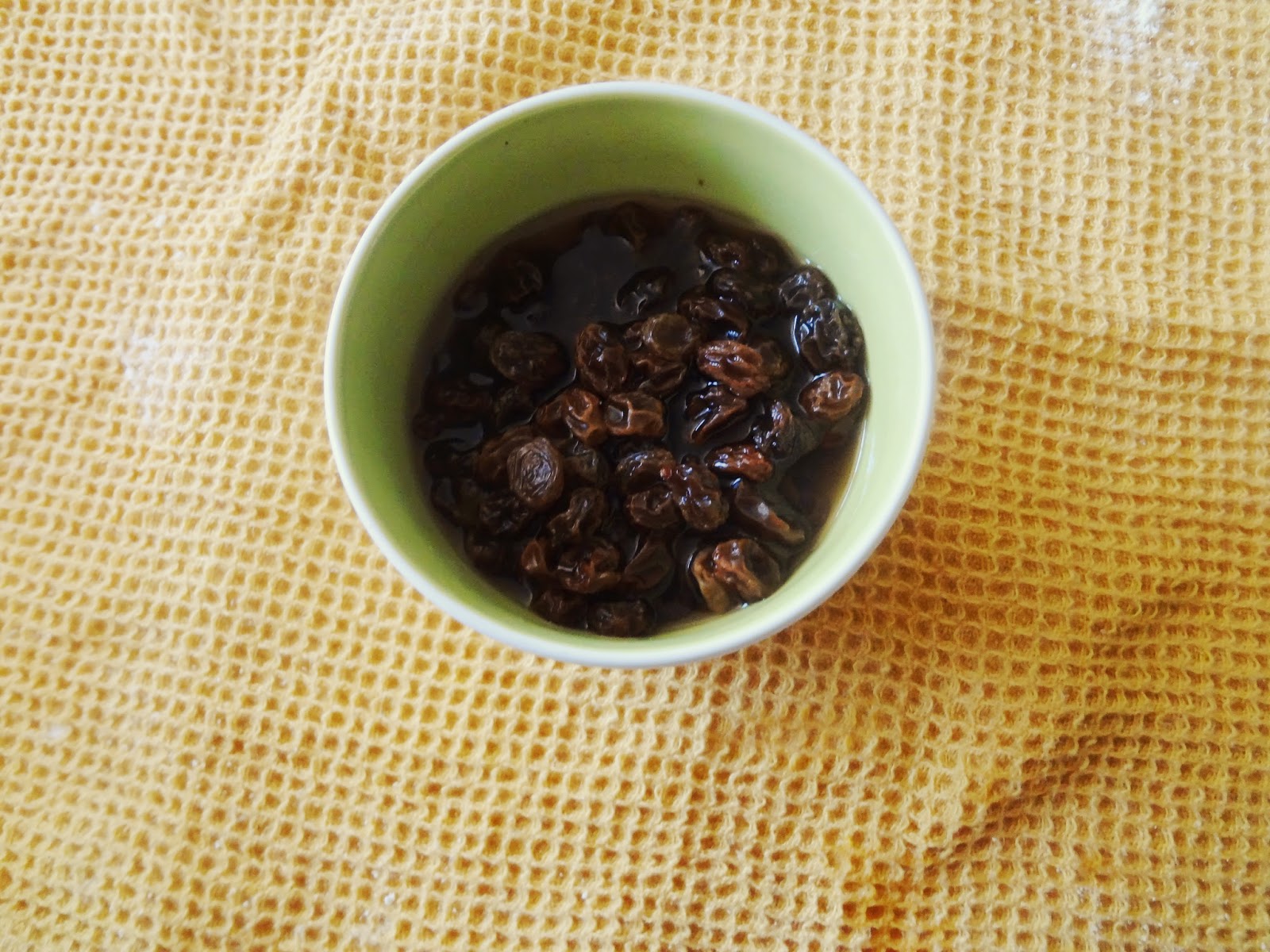 Place dry ingredients in a bowl. 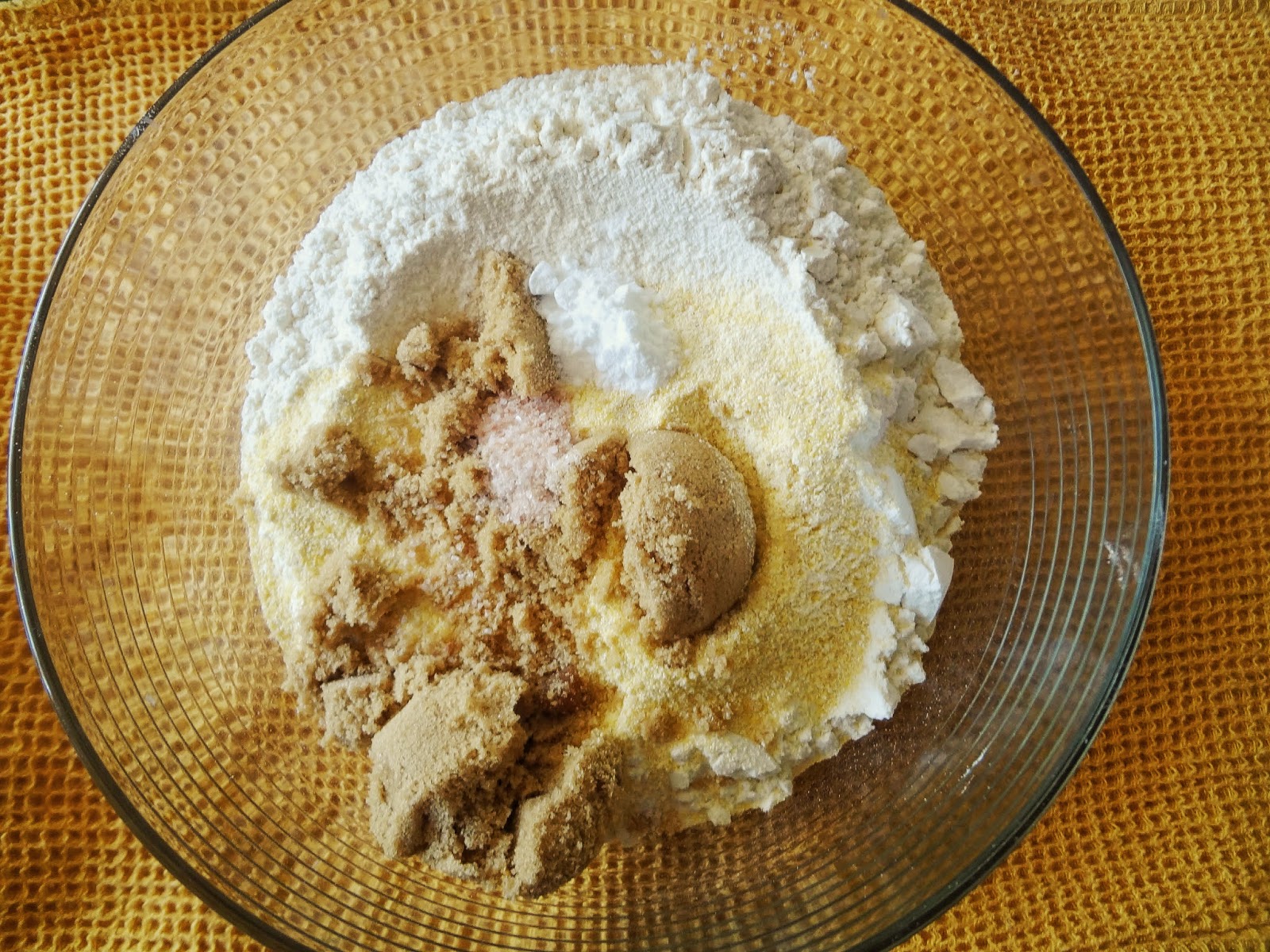 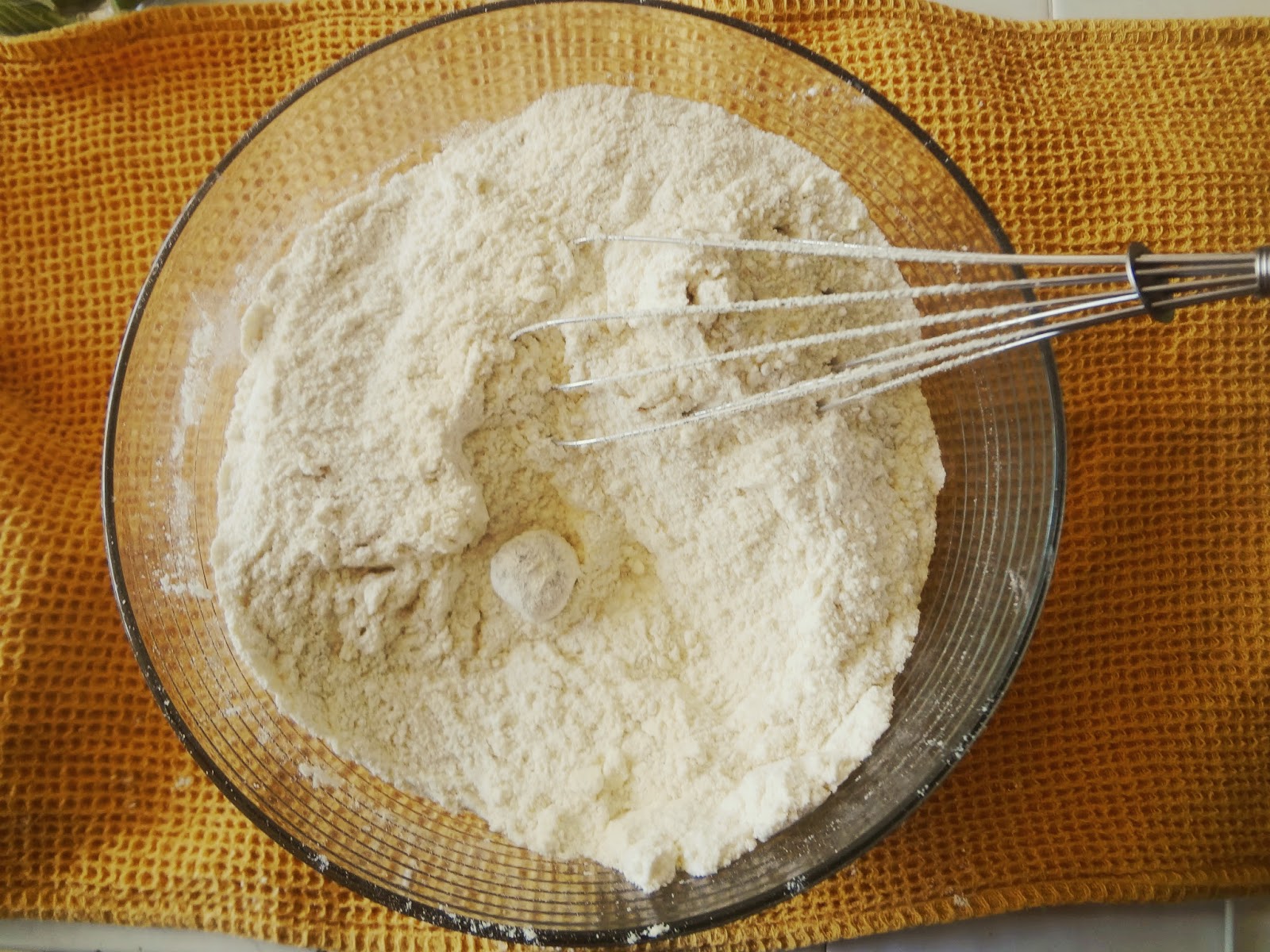 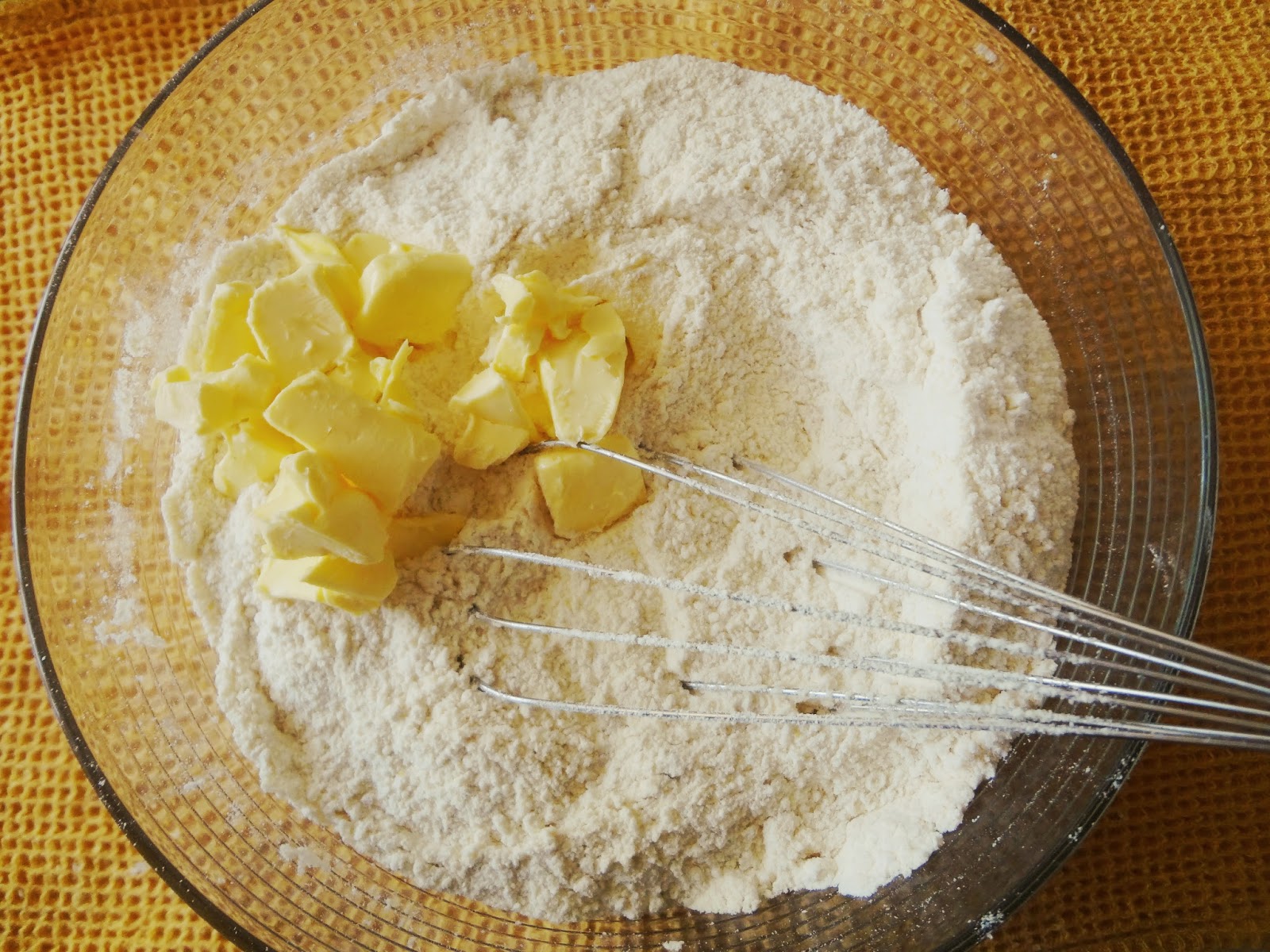 Mix with spoon into dough. 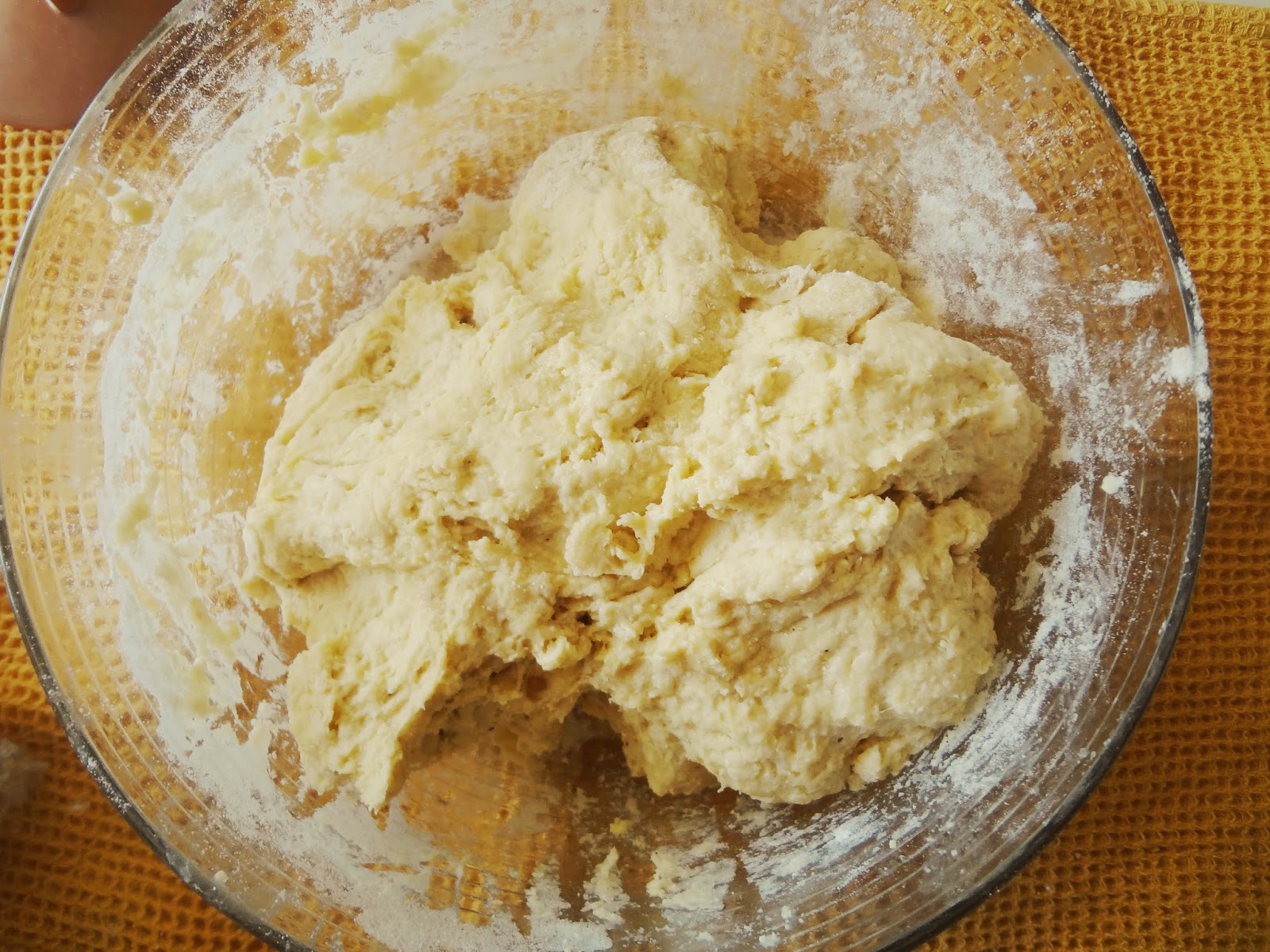 Drain the raisins, saving the liquid. Add raisins to dough. 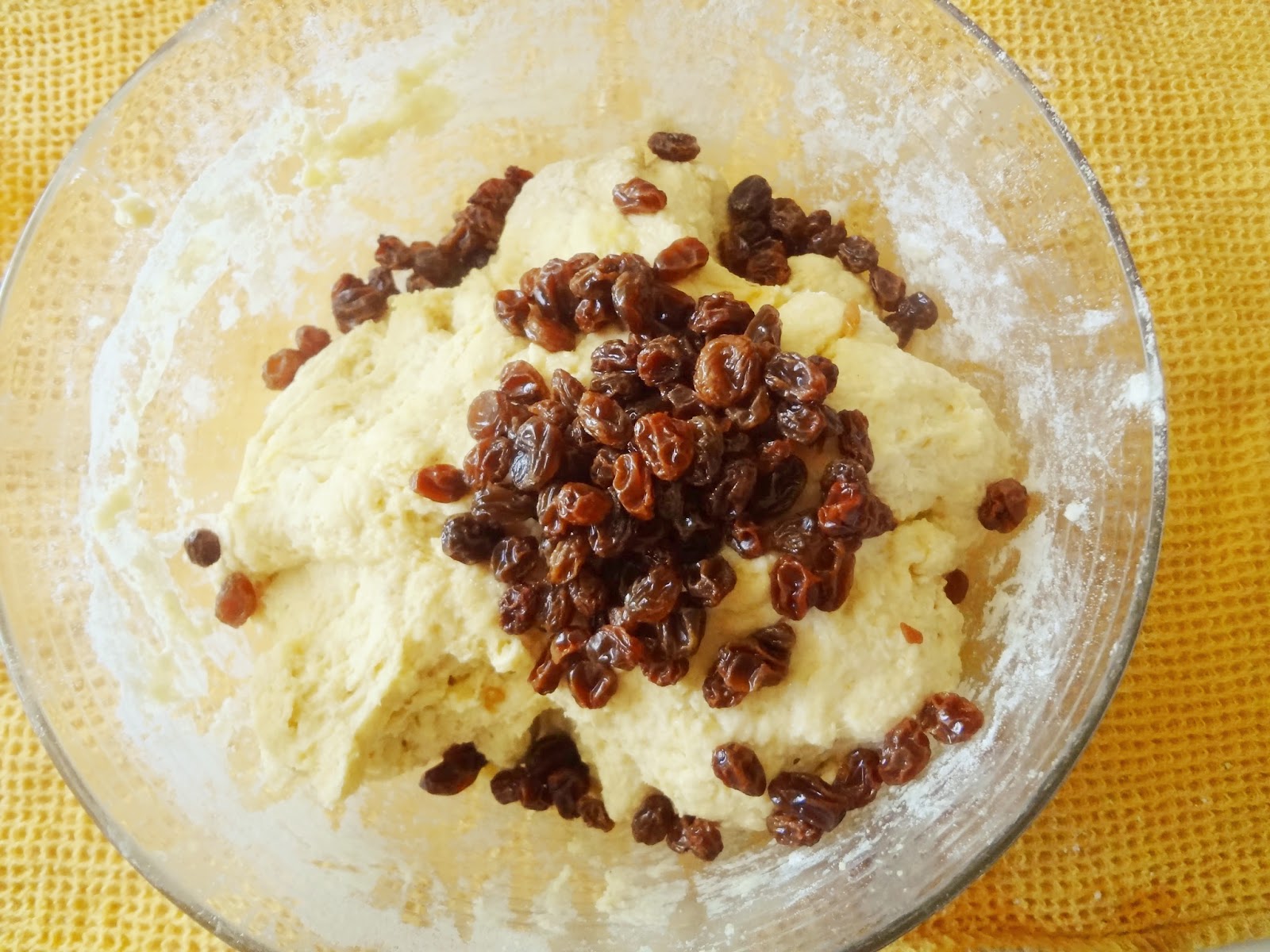 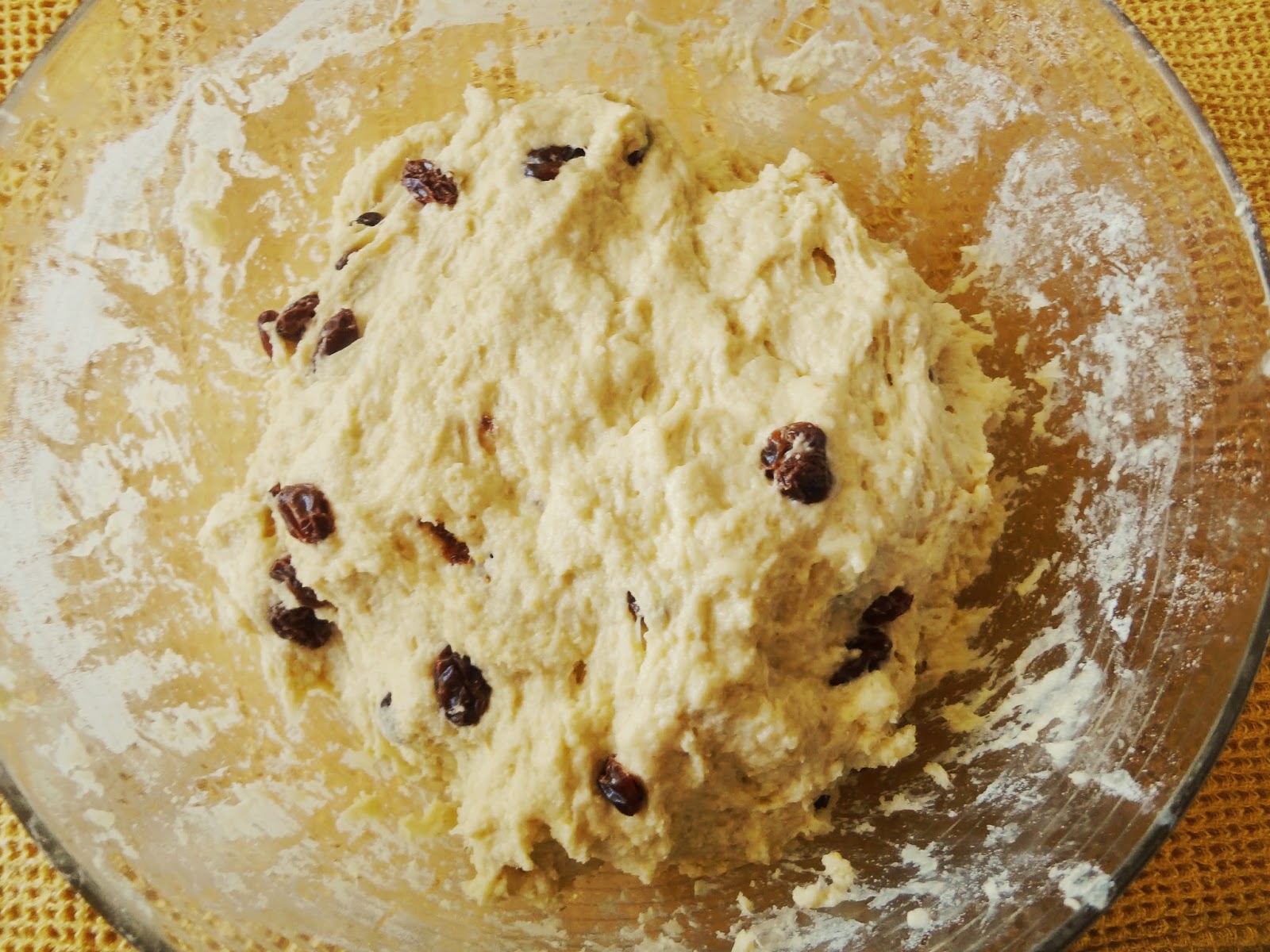 Knead the dough a few times, but stop before it's too firm a dough.

Place in a greased cast iron pan. Cut a cross onto the top. 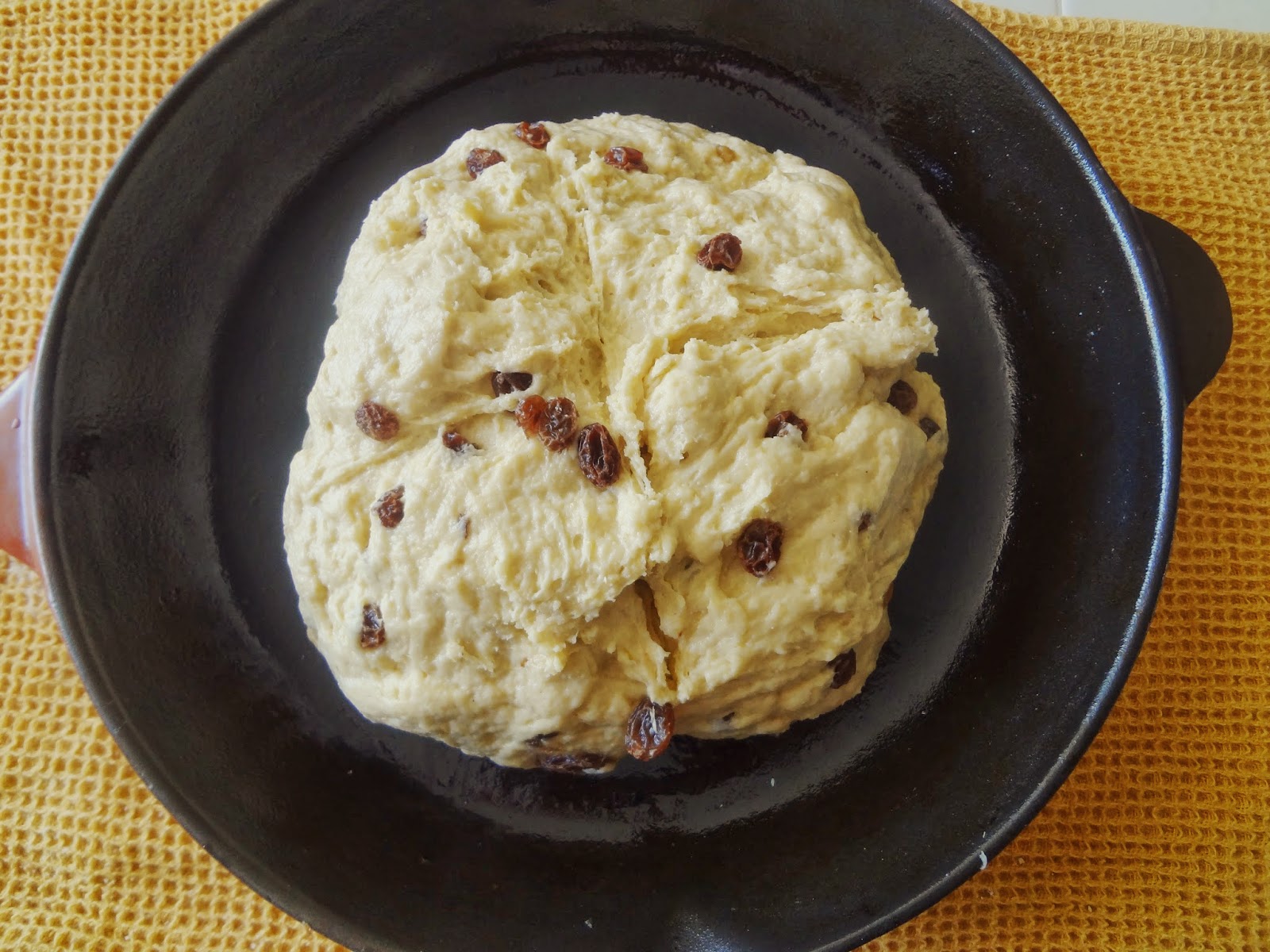 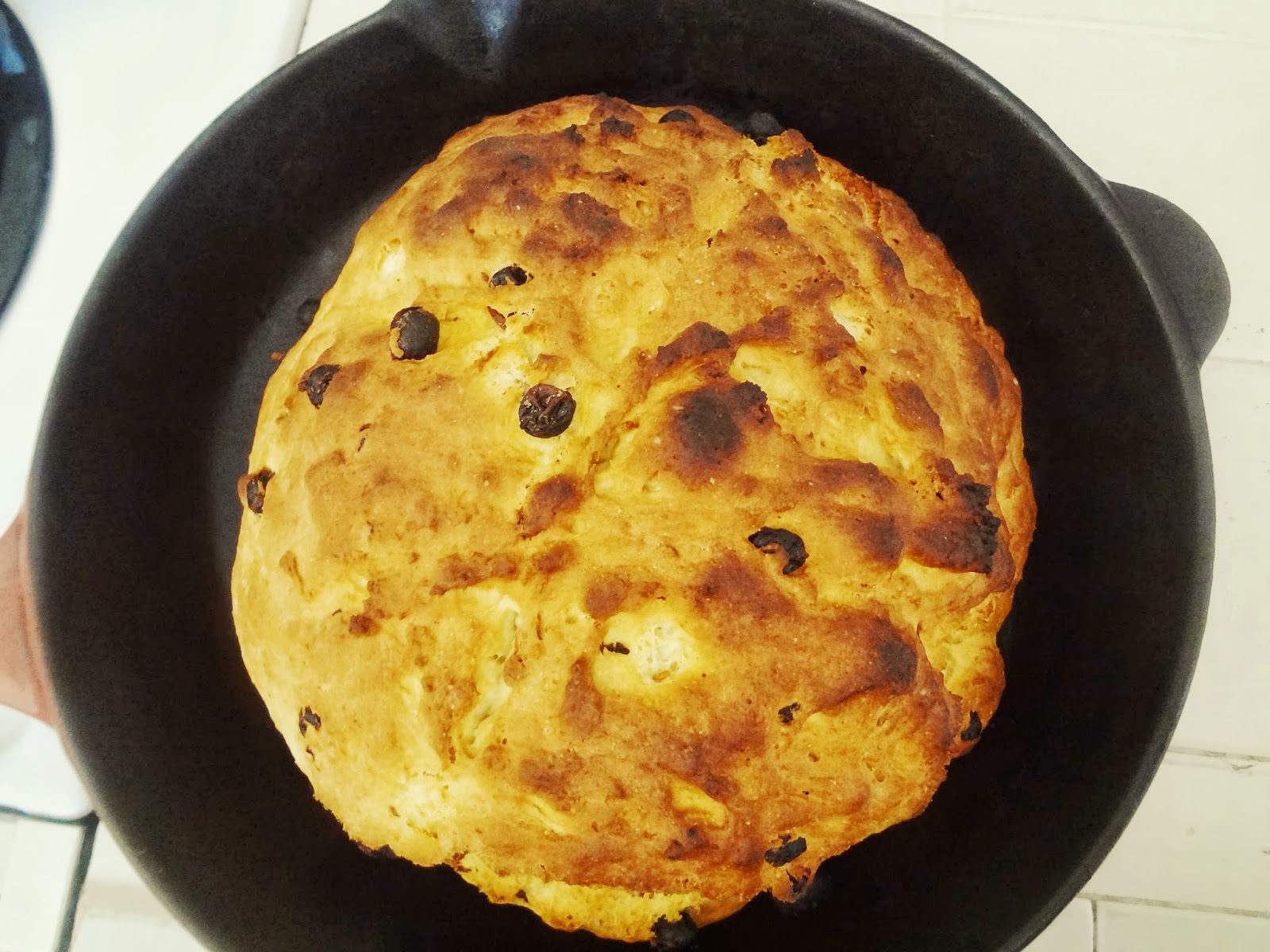 It's done when it sounds hollow tapped on the bottom. 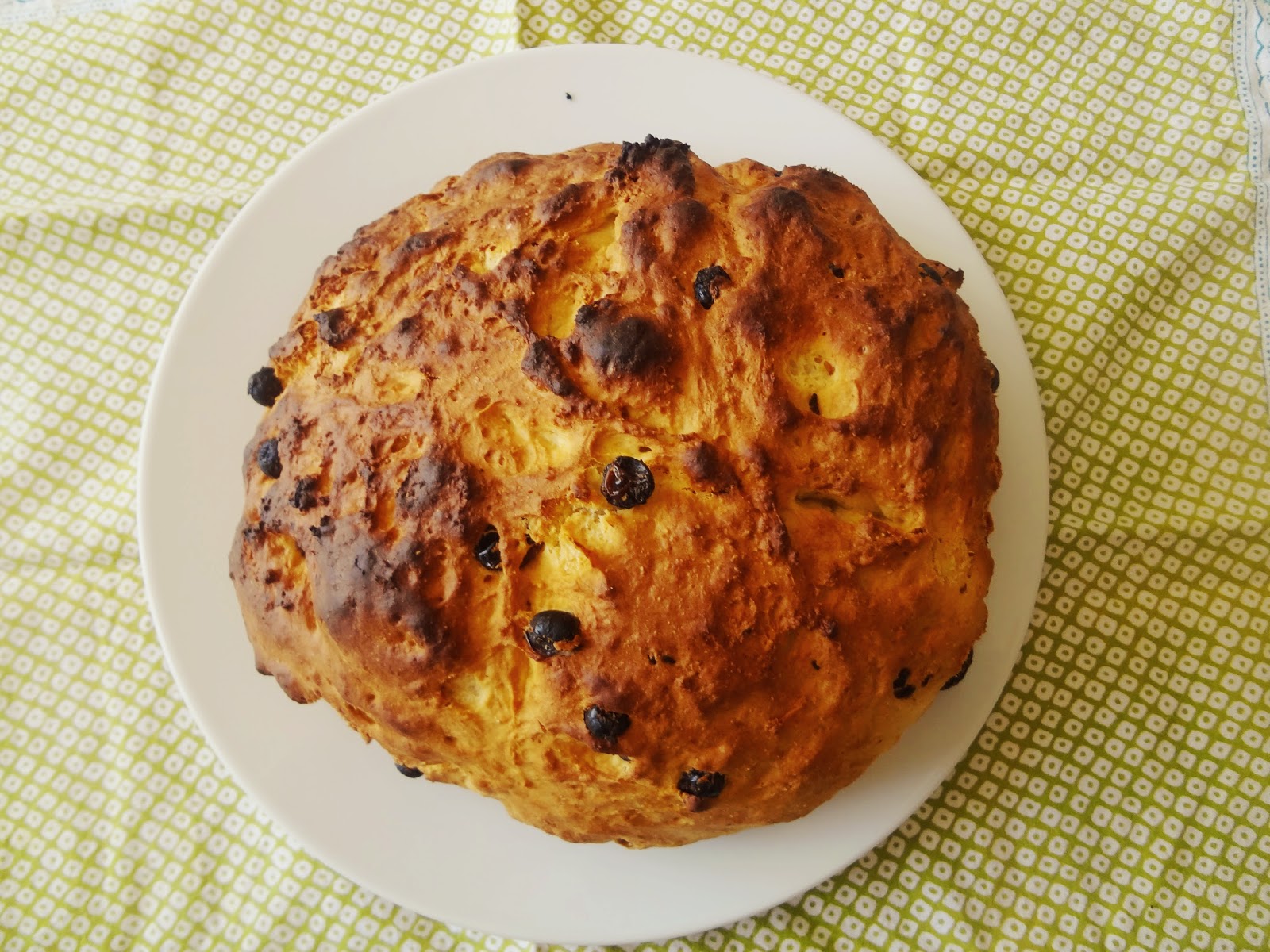 Wait for it to mostly cool before slicing. 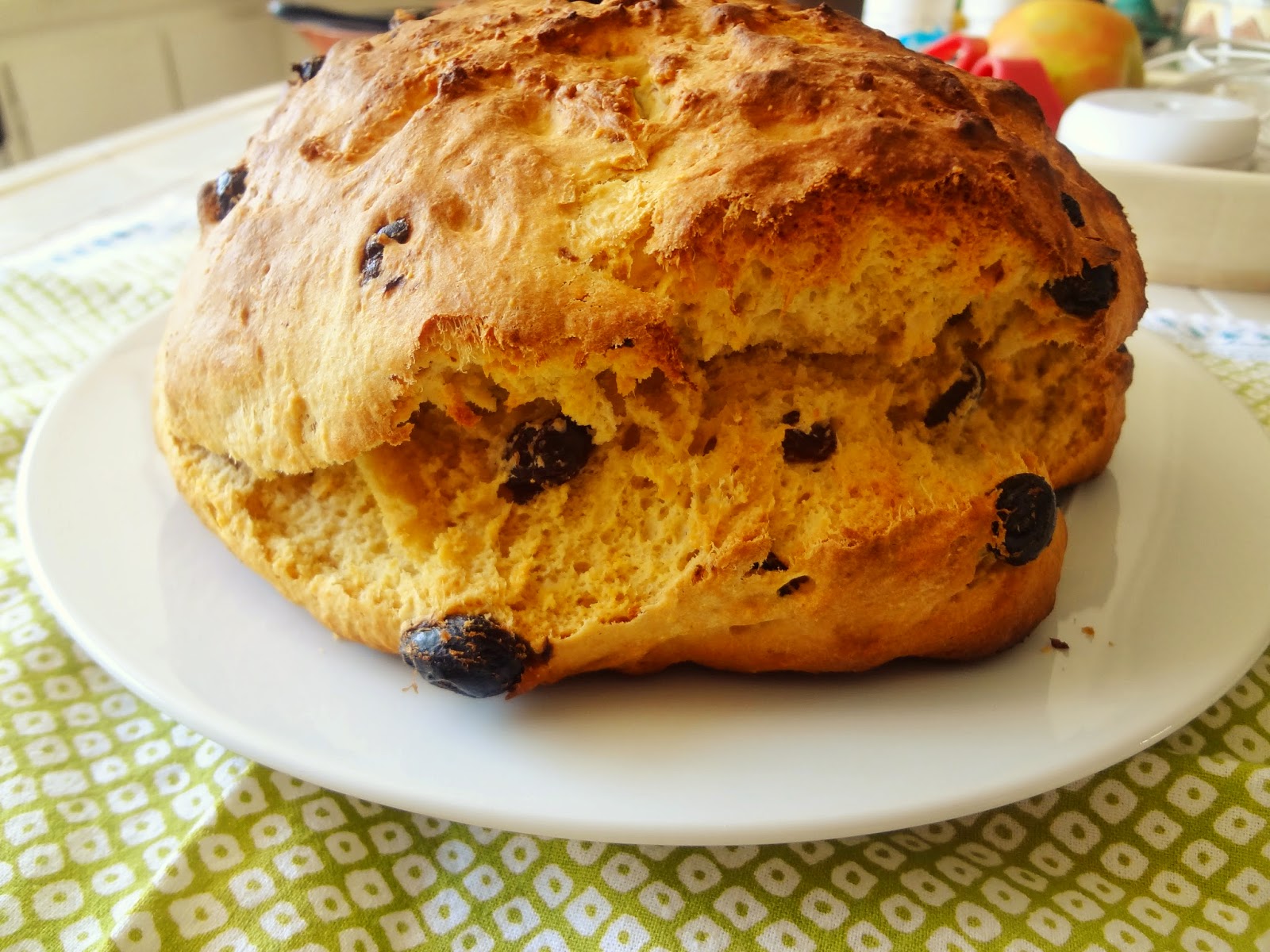 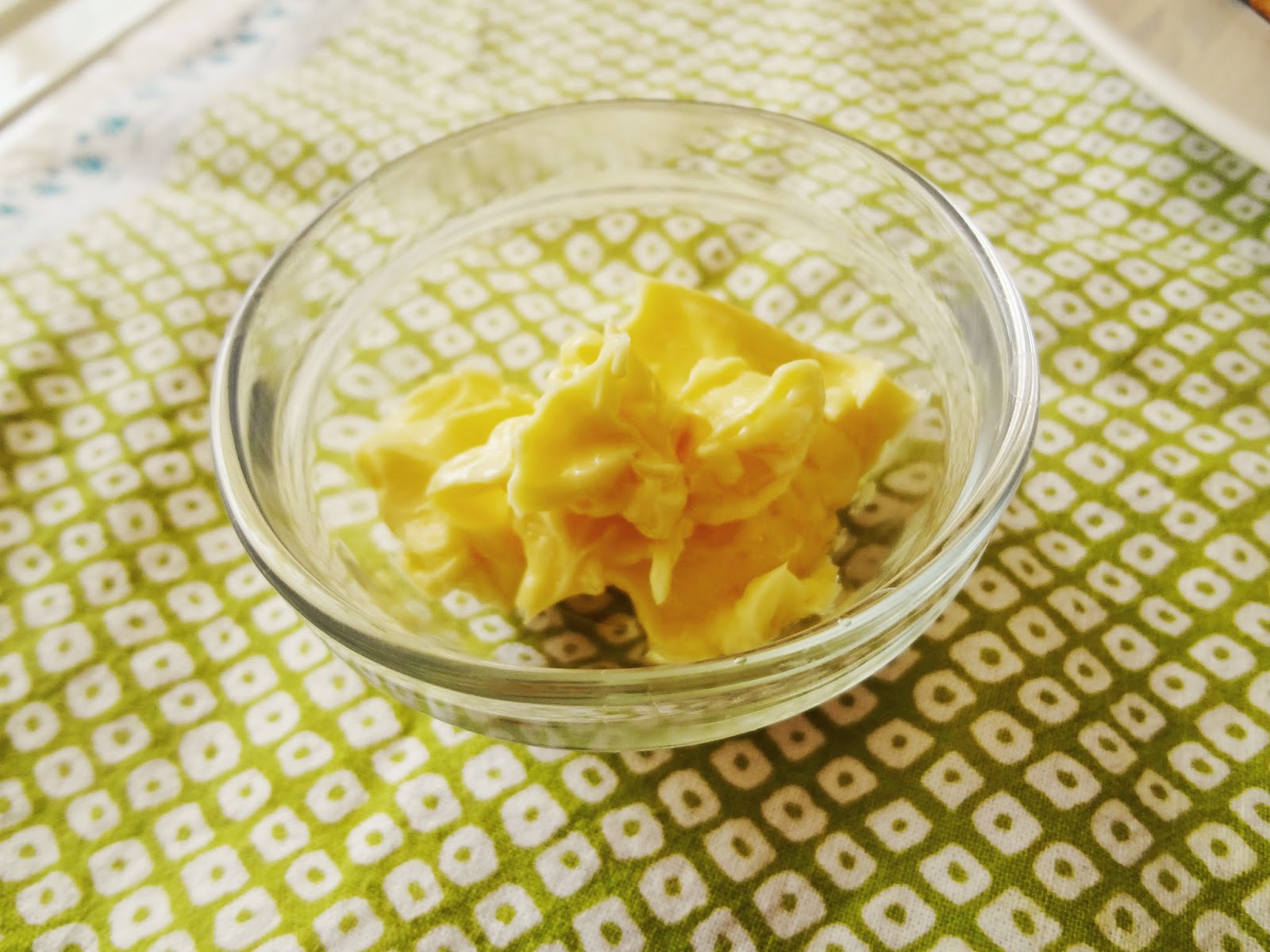 I added this in bit by bit, tasting as I went, and liked the flavor at this point most, but you may need to adjust for taste. 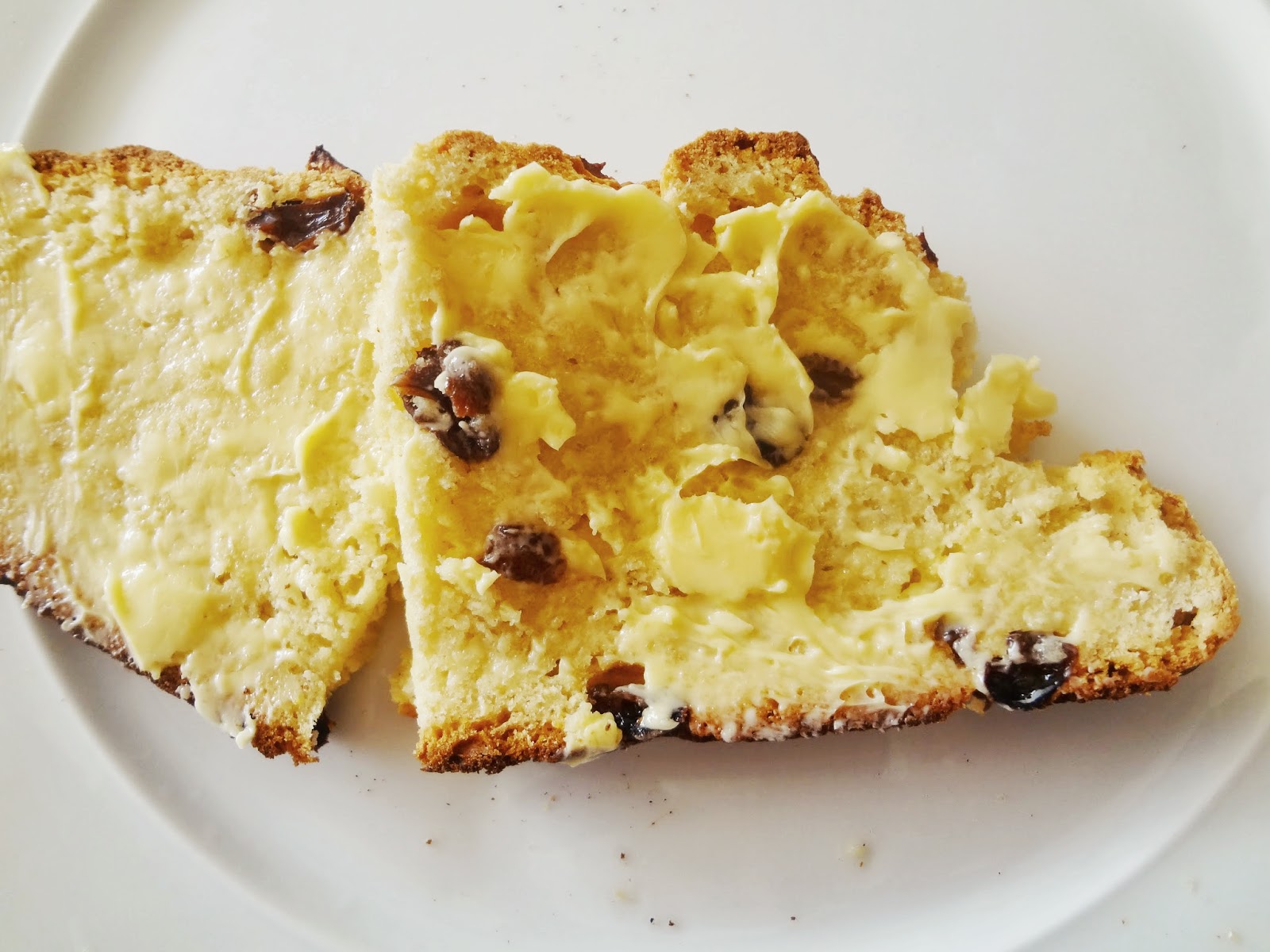 Slather on bread and serve.

I felt it needed a little jam, and while homemade raspberry was nice. 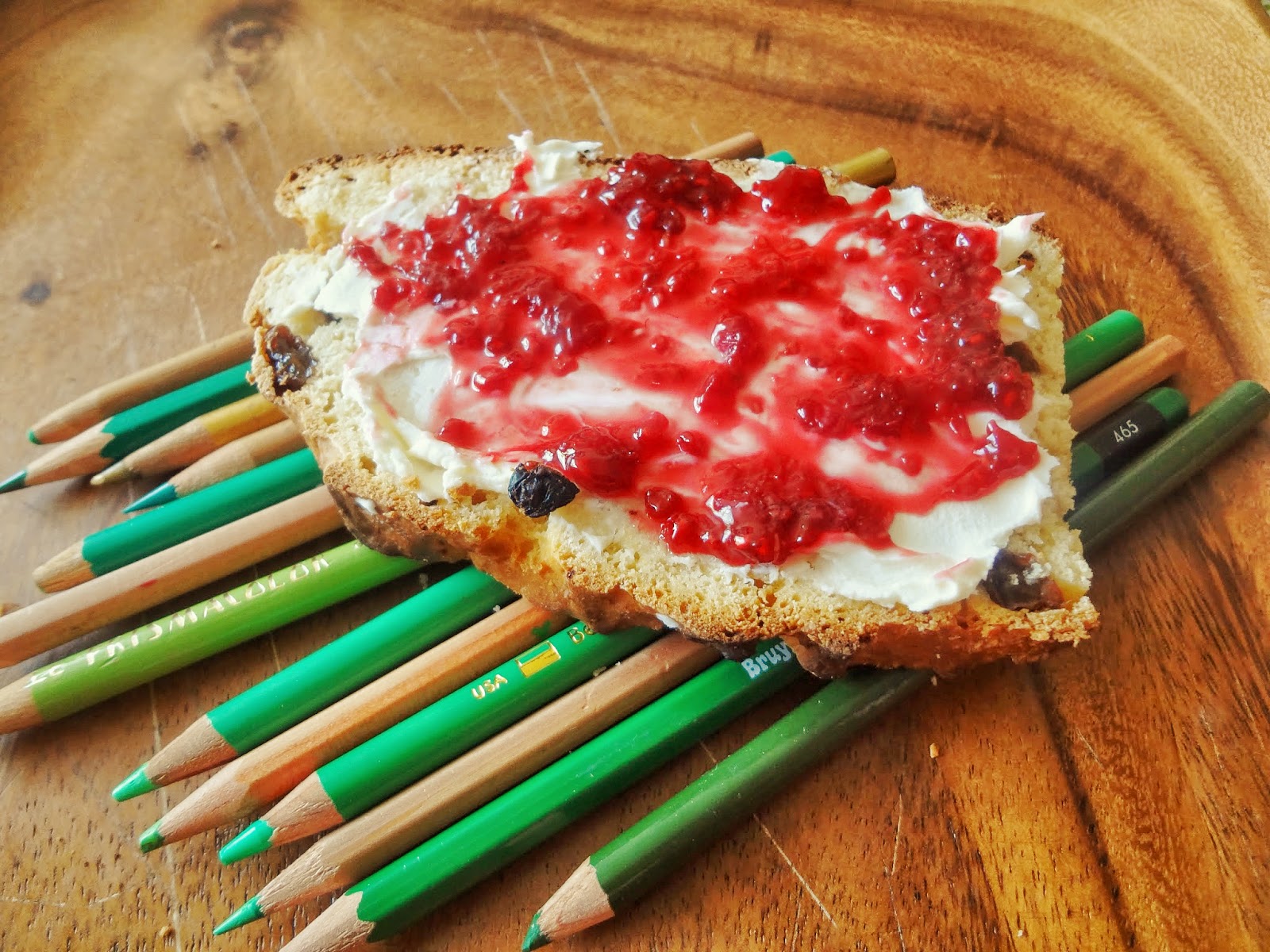 I wanted blueberry, and for some reason I think making jam is less bother than going to the store. Am I alone in this? 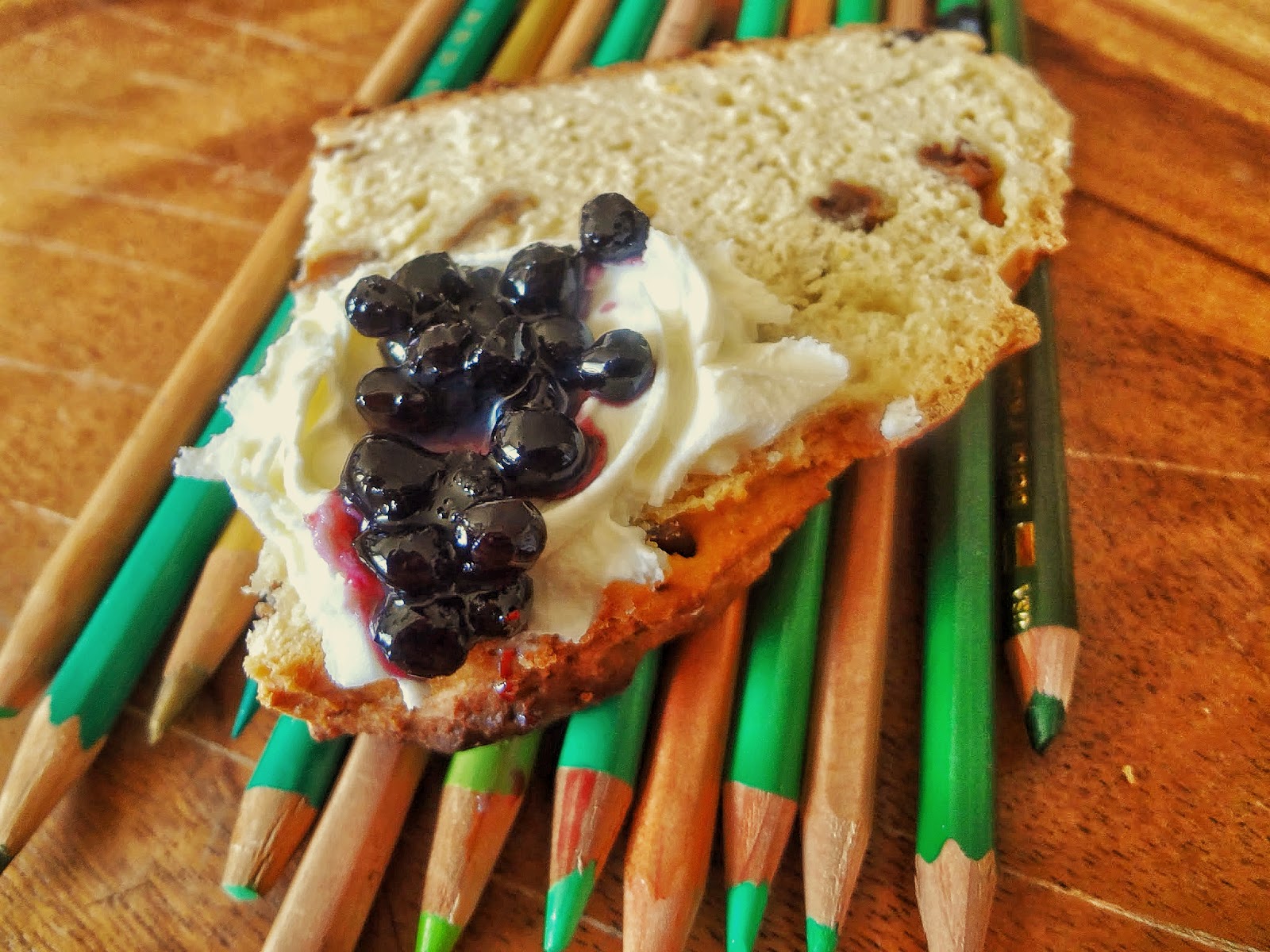 3/4 cup frozen wild blueberries, they are so small and so rich in flavor compared to the fresh
1/3 cup sugar
juice of 1 lemon
1 stick vanilla, snapped in half.

Place all ingredients in small saucepan. 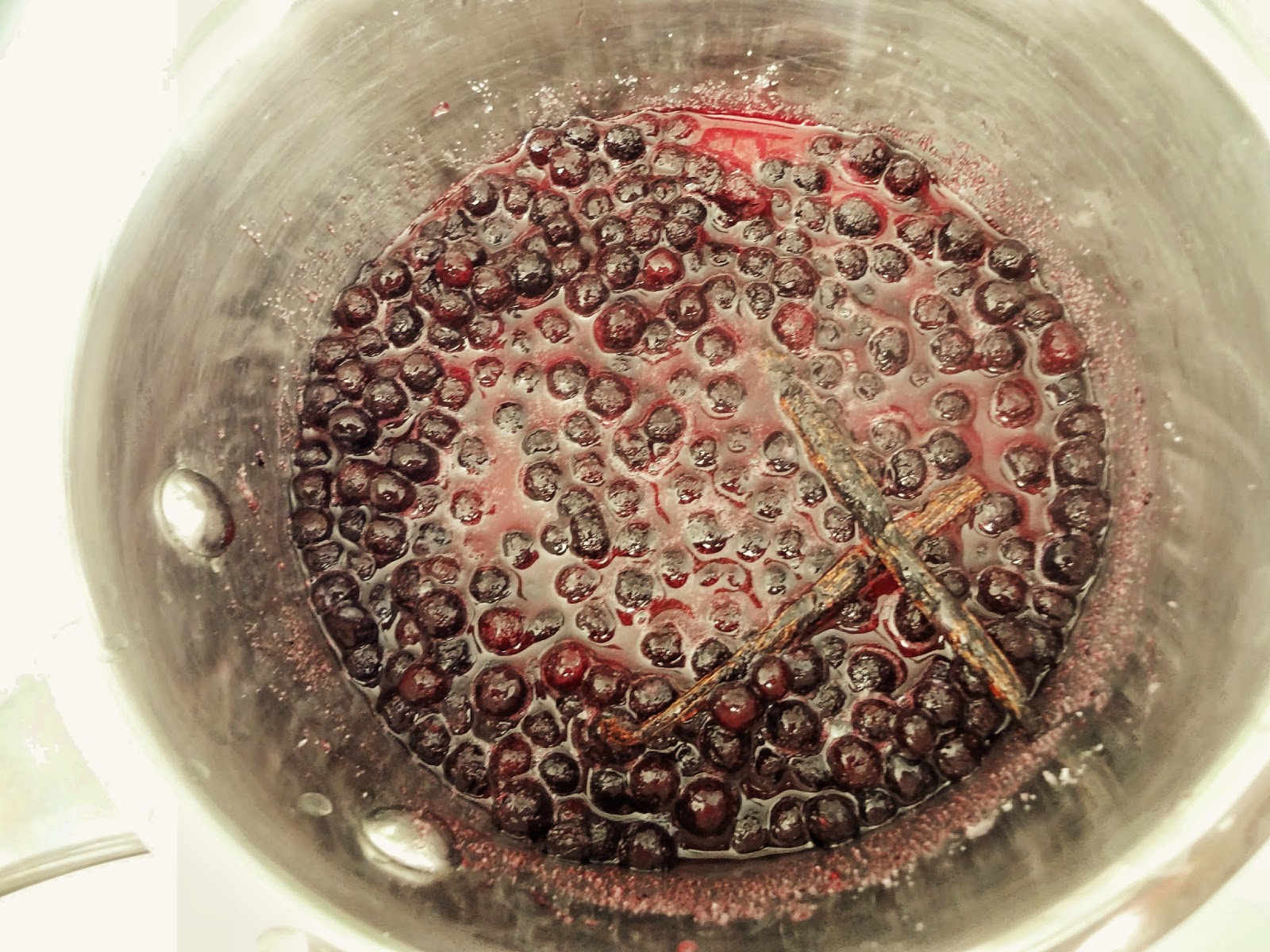 Bring to a boil on medium and reduce to low. 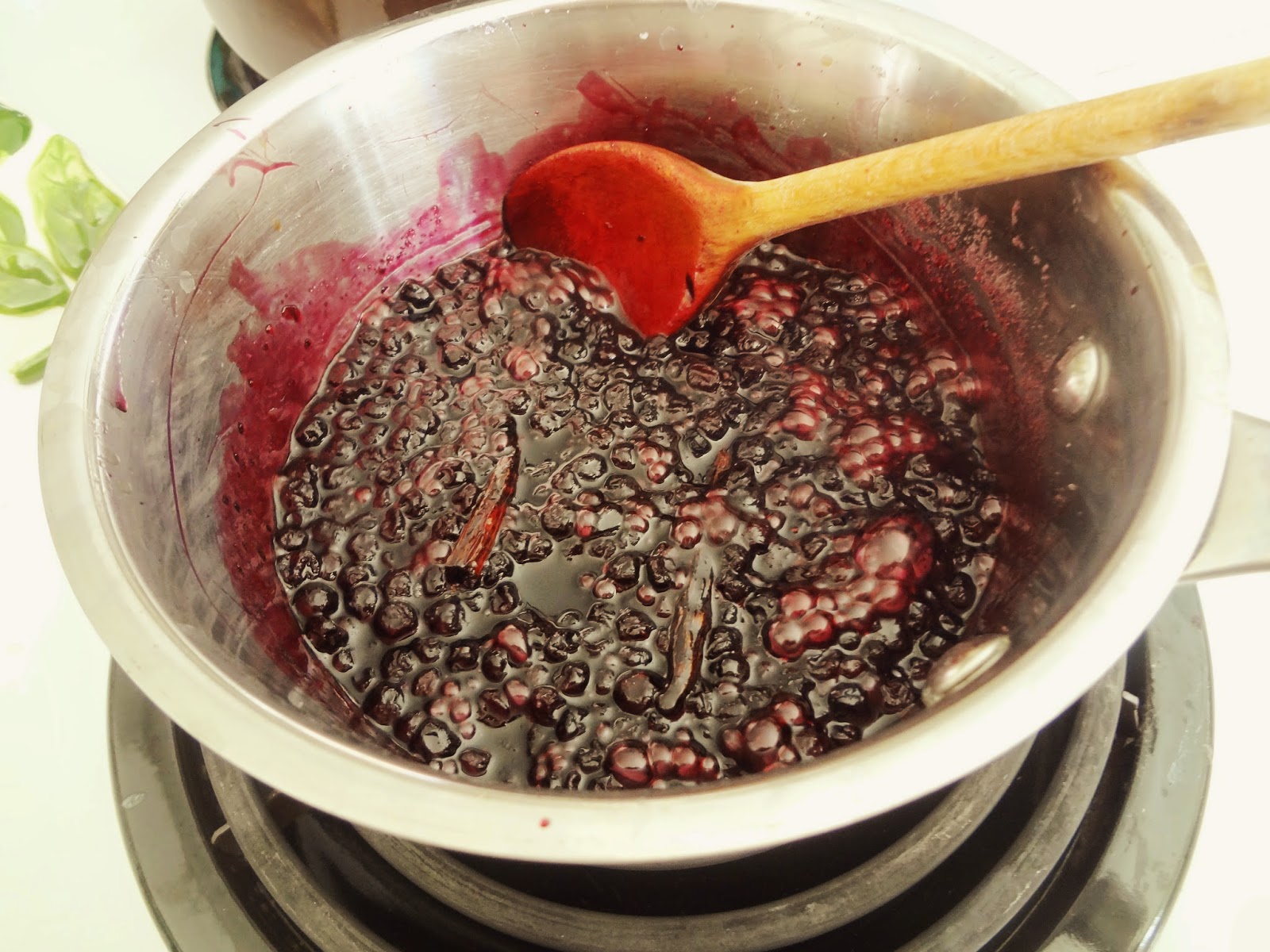 Cook time will vary, I start checking after 20 minutes. Testing to see how thick is by dropping a few drops on a ceramic plate or glass (something cool to the touch.) When it feels thick enough for you stop cooking. I like it on the thinner side, but if you keep cooking it thickens more. 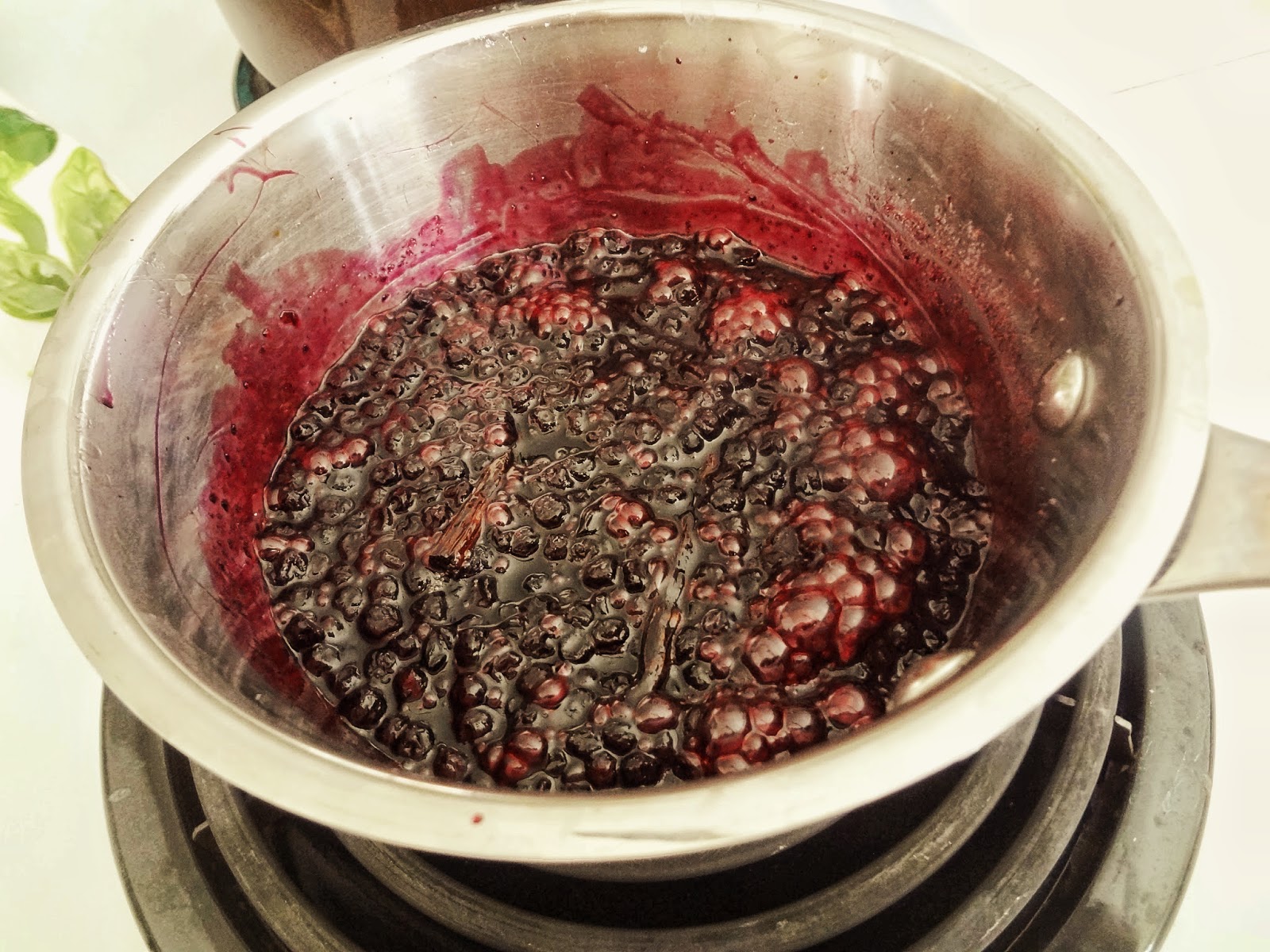 I cool it in the pan, pour it into an old jam jar and refrigerate. It's a small enough amount for us to handle and finish off in a month or so.