Photos from Greece weren't great, especially the food photos, but I'm working with what I got. 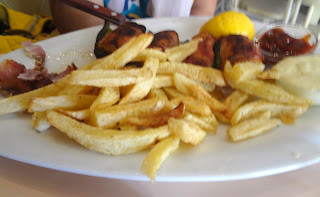 Souvlaki, a rather terrible photo of it, basically grilled chicken, usually served with a yogurt-based sauce.
This was a restaurant that specialized in grilled food. here's a grilled veg dish, and an unusual starter for Greece, a slightly spicy tomato sauce. Greeks don't really eat spicy. 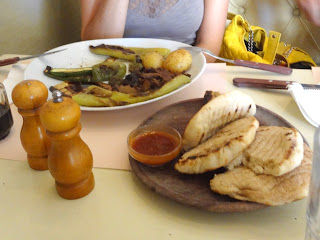 One of my favorite dishes in Greece is actually the pasta, this is risotto, the Greeks actually make terrible pasta according to Italian standards, always overcooked and over sauced, but it's sort like every pasta dish has been inspired by great mac and cheese, it's all comfort food, and so good. 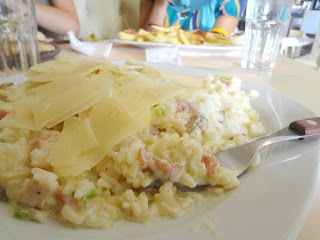 Fast food in Greece, from Goody's, only the foreigners ate anything, the Greeks sat around drinking waters, and watched us eat. Meanwhile, we all, it turns out, like the same sandwich, it's called a premier, it's really good feta, tomato, olives, oregano, and tartar sauce on wheat bread. It's so not food that should come out of a fast food restaurant. 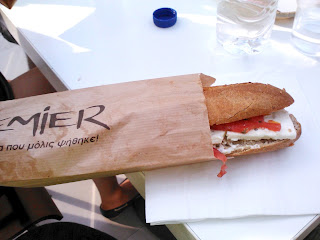 The only reamining photo is the following, a traditional Greek restaurant with some food I had just never seen before, including a stew with I think lamb, potato balls stuffed with cheese, breaded and fried, grilled meats, lots of salads, and even more feta. 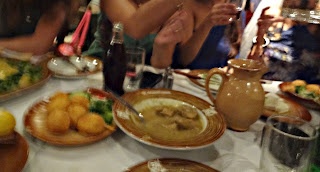