All in One Breakfast Smoothie: Oatmeal, Banana, Yogurt, with a touch of Cinnamon and Honey 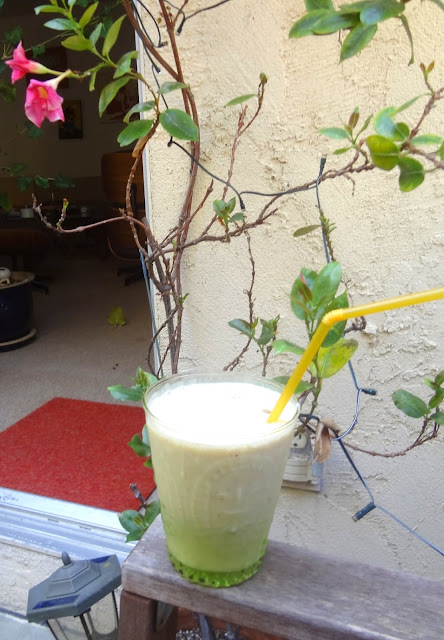 A complete breakfast in a shake, I don't know why this has so much appeal for me, I knew from the very start I wanted to make a smoothie with oatmeal, not really for the health benefits, but just to see what it would taste like in a shake, I had a feeling it would be great,

It was so different than any other shake I had had before, the flavor was sort of a tangy oatmeal cookie. It had some texture, but no big lumps, so it was still rather pleasant. 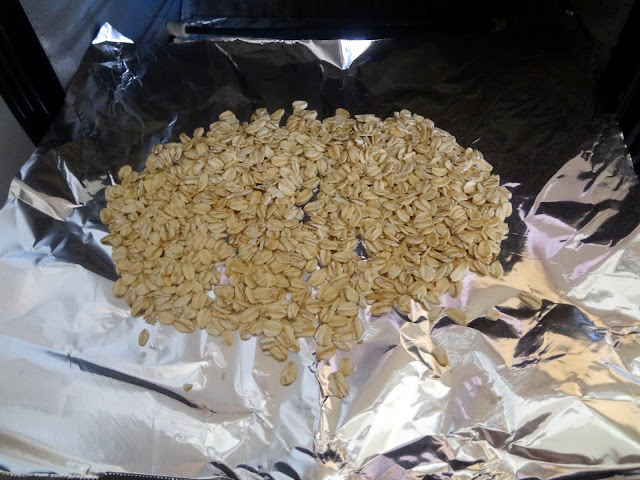 I toasted the oatmeal, it helps it develop a better flavor, it becomes sort of nutty, normally when making oatmeal I toast in the pot (before adding the water), but in this case the toaster oven seemed a better and easier to clean option. 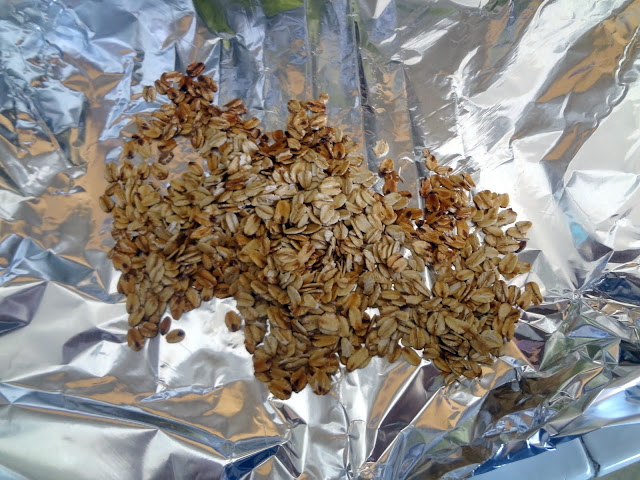 At first I was going to pair it with milk, but then realized yogurt was a better fit, first off it adds a layer of creaminess, you get a thicker and is good for you, as long as you look for live yogurt with probiotics. Probiotics help with digestion and your immune system, My mother and sister (who don't love yogurt quite like I do, it's my desert island food) have been taking probiotics in pill form for years. 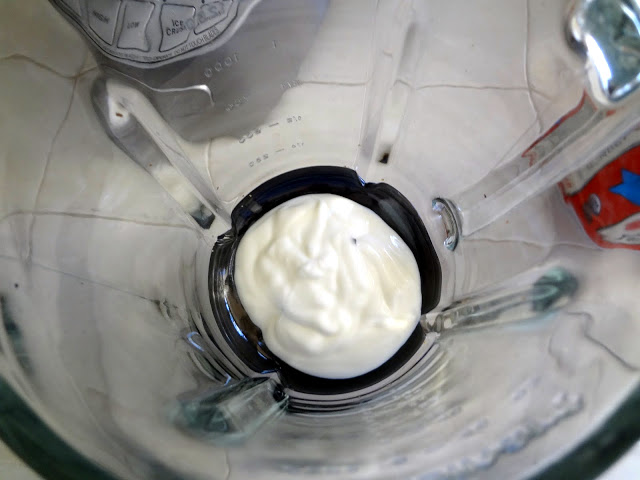 I also included half a banana, if you like your smoothies on the thick side, try using a frozen banana. 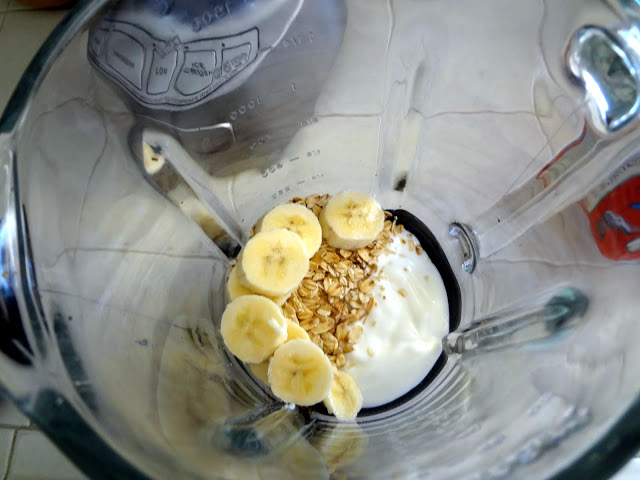 After the initial taste test, I added a little honey, the banana wasn't doing enough for sweetness. I also had the last of the summer fruit out, so added half a nectarine, but any soft fruit should work well here. 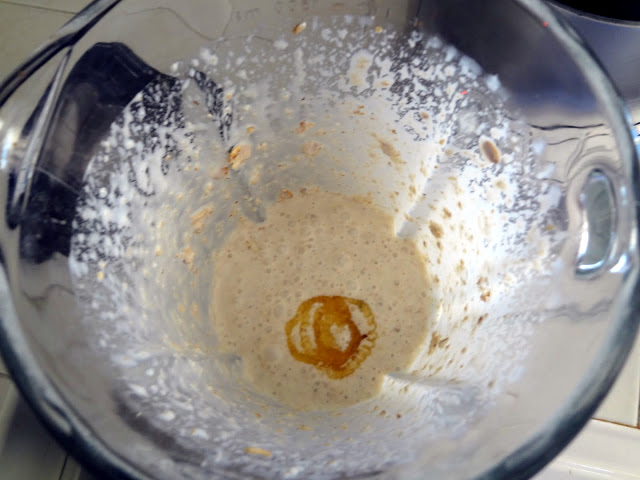 The sweetness was improved, but it still needed a little something, so I added just a little cinnamon, and a little ice, and it was perfect. 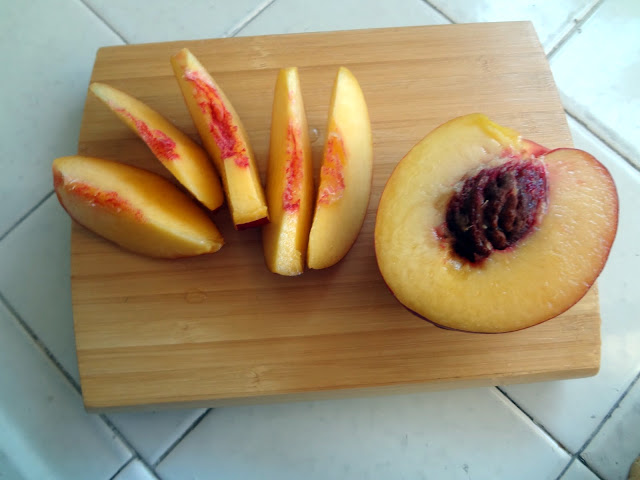 I would also like to try a little peanut butter in this one day. (or even a little shredded coconut.) 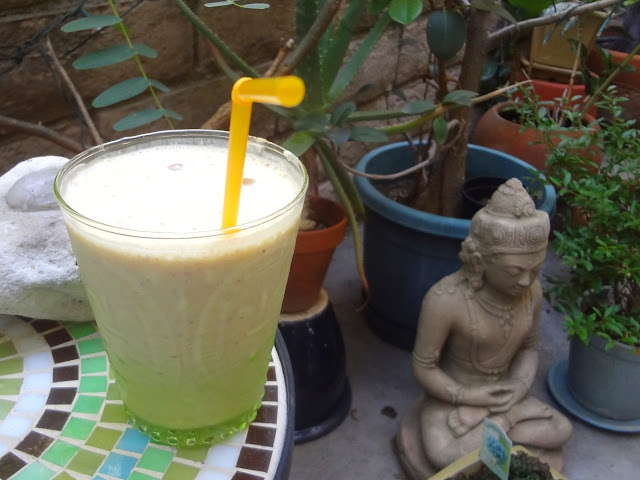 Toast oatmeal in a toaster oven or in a pan on high heat, til you have a nice color, add to the blender, add the rest of ingredients and blend on slow speed then faster till well mixed.