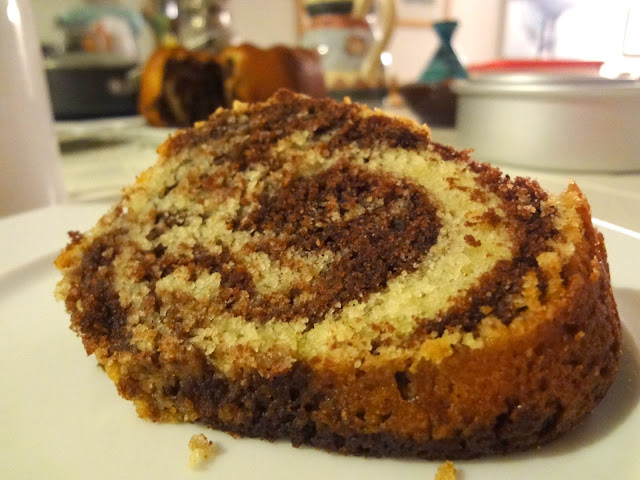 Ok so I have this box of cocoa I bought a month ago, and I really wanted to use it, but I couldn't find a recipe that felt right, I was considering making cocoa rice krispies, but that would be a hard sell at my house, and nothing sells at home like coffee cake. Plus marble cake always has the added bonus of ending up with a great swirl on the inside, if by chance I get twirl just right, I think I did pretty good, I may have looked it up on youtube looking for a video that showed me how to do it, although I completely forgot to focus when it came down to doing it the way the video suggested. 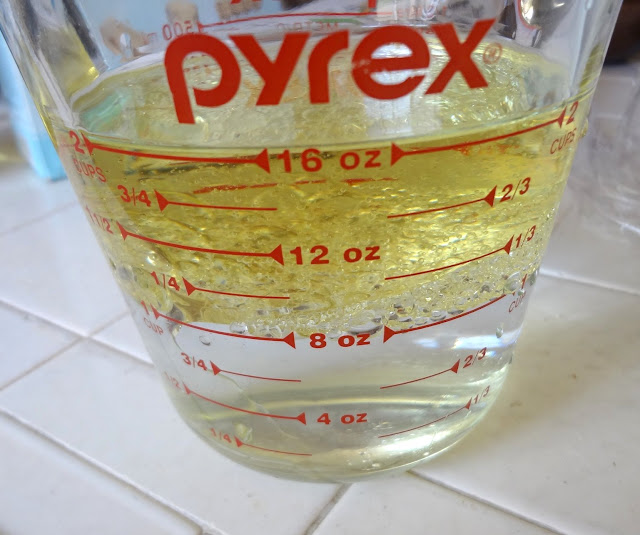 I start off simple, with a box cake, I just made it to instruction. I always go the oil route rather than butter, I like the moisture level the oil brings. 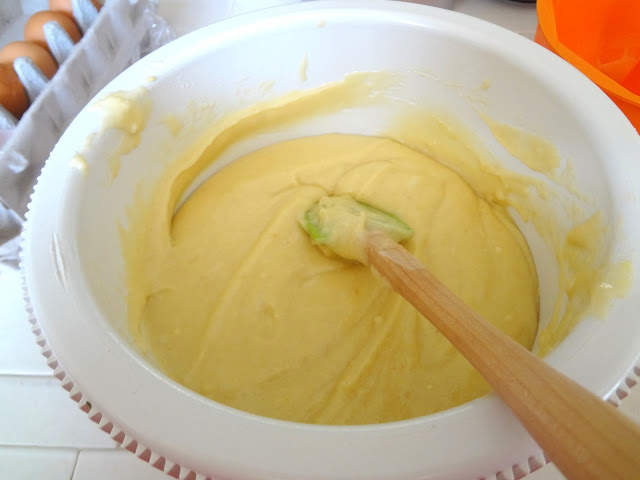 I took half of the batter out, and added 1/3 cup cocoa. 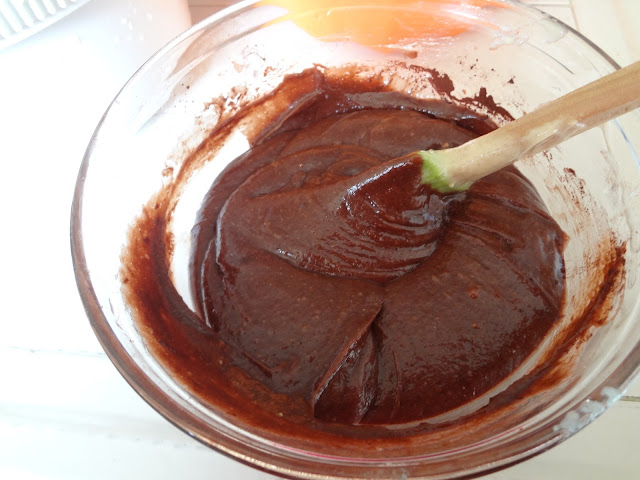 I then oiled a bundt pan, I love the silicon kind, mainly because the cake just pops out. 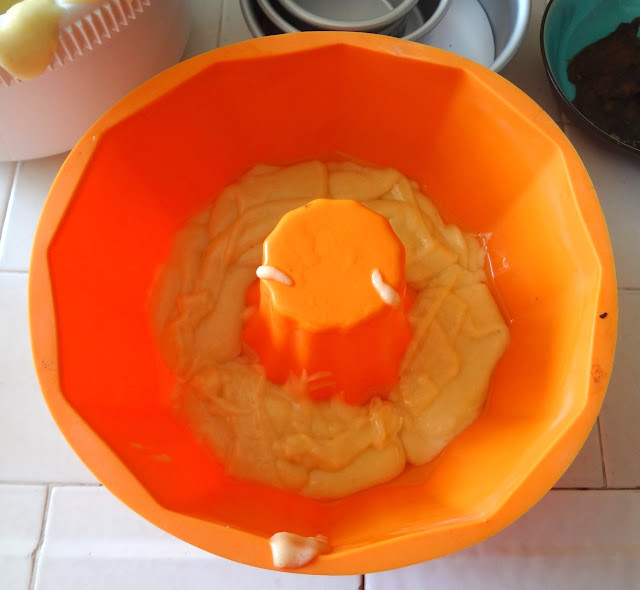 Place one layer of vanilla batter on the bottom. 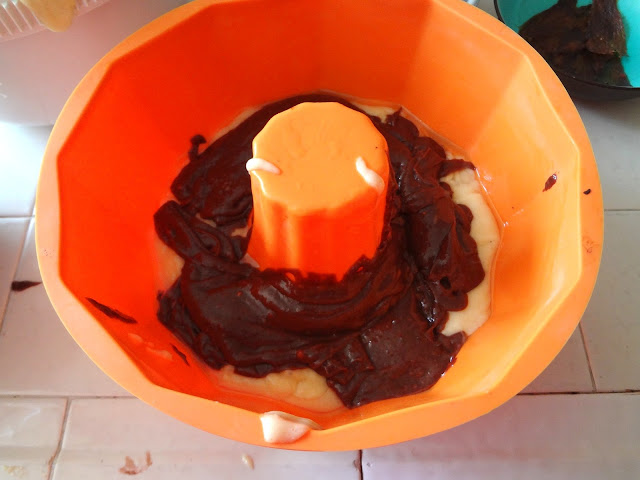 Then a layer of chocolate. 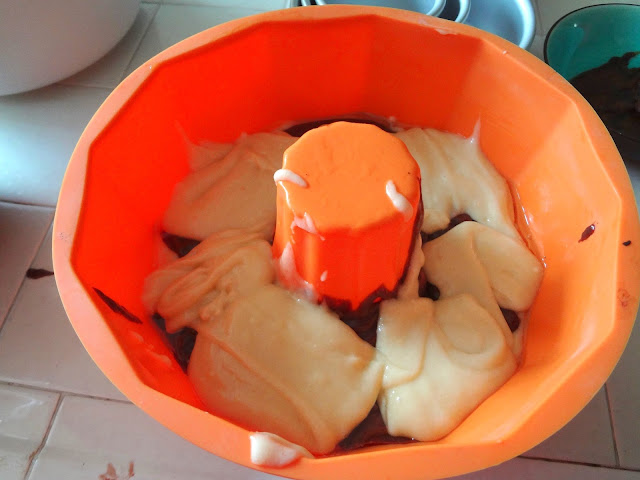 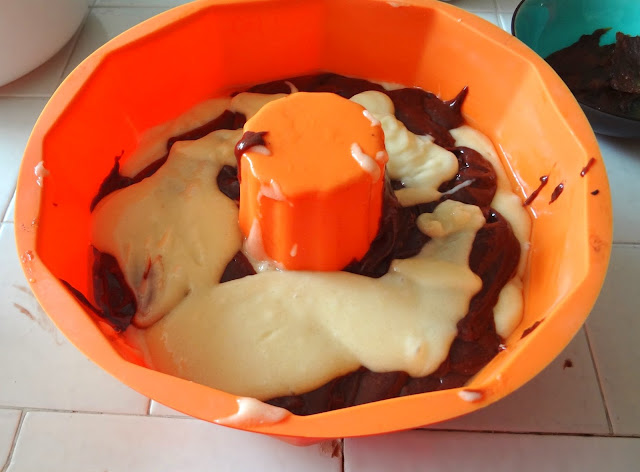 Then more chocolate and then more vanilla, I like a lot of layers. 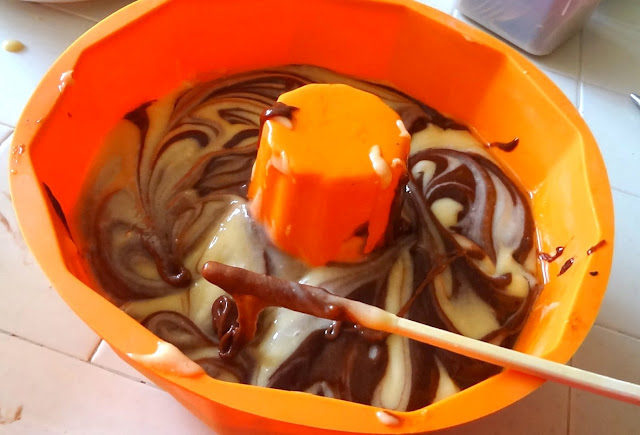 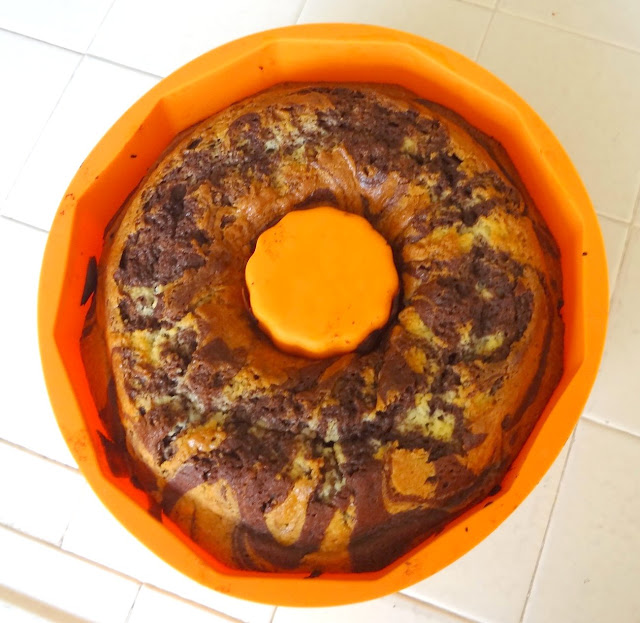 Bake at 350 for around 50 minutes, until a knife comes out clean. 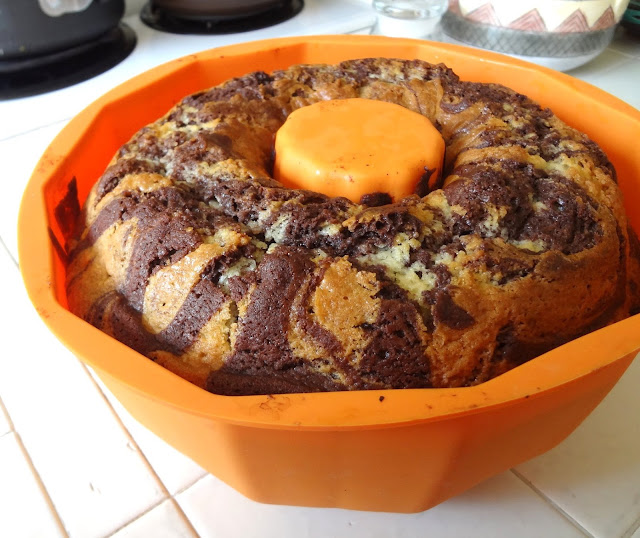 Once a little cooler I start peeling off the sides and squeezing the center to separate the cake from the sides of the pan. 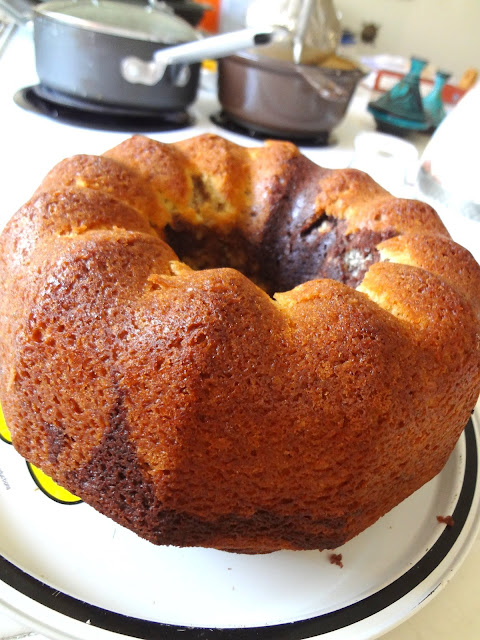 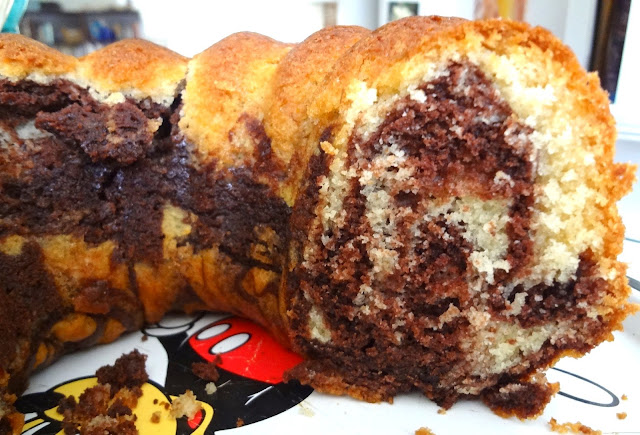 Even nicer on the inside.