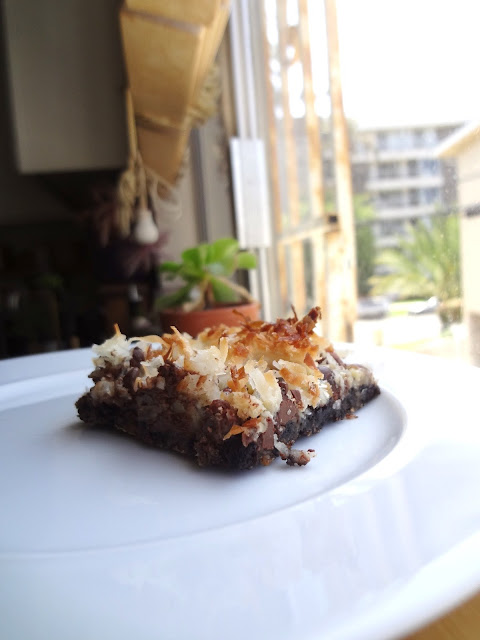 Ok so these really aren't brownies, I thought they were called 7 layer bars, but on further reflection I realized I was missing a layer, there's only 6 here. I also heard that they were called Magic Bars, but I really don't like the name, it suggests there's something hidden or they're low fat or something and neither is true so that name doesn't really work for. My sister called them coconut brownies, and I get where she got that from, there certainly something brownie like about them, so that's what I'm going with.

You start off crushing or processing cookies, I used a little bit of graham cracker and a lot of chocolate sandwich cookies as in Oreos, (well Joe Joes  from TJ's with the frosting removed.) 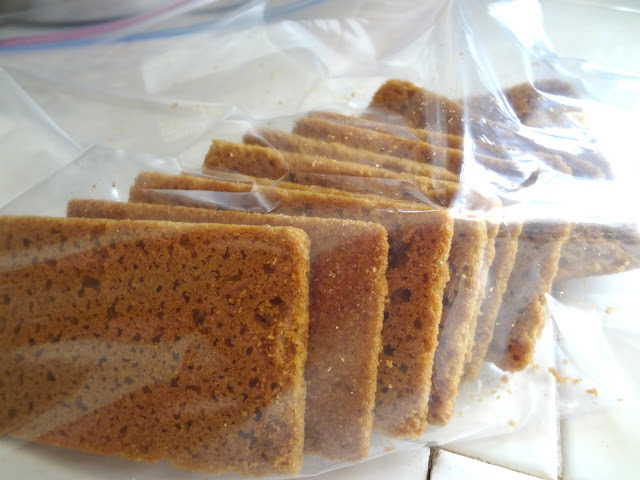 Crushing involves placing the cookies in a bag and smashing them. 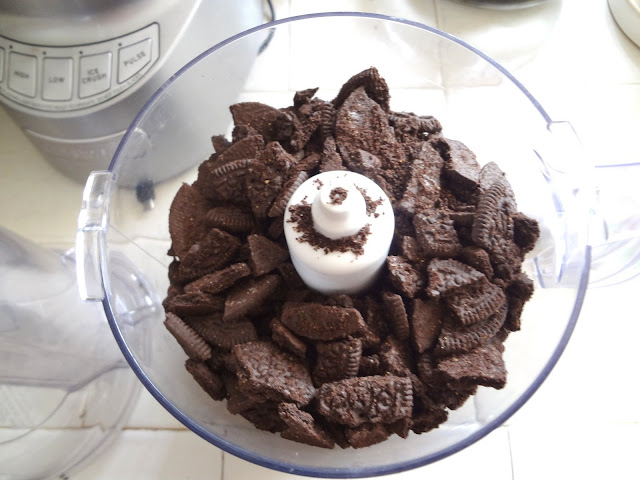 The processor, is placing them all in their and pulsing. 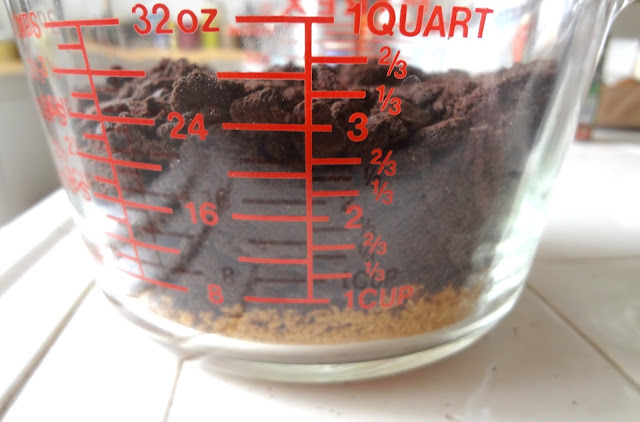 See mostly chocolate, but a little cinnamon graham, cause great balance of flavor. 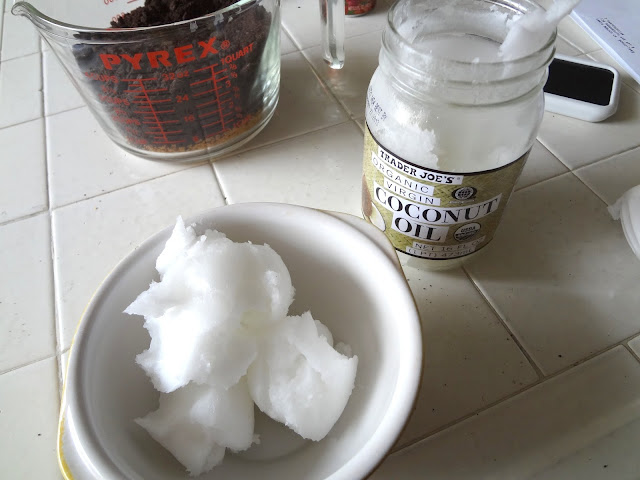 Then melt coconut oil. I used coconut oil because I wanted to save the butter, and since this recipe has coconut in it already, I thought it would be a nice addition. It really was, the flavor was great, it's a little sweet, so next time I'm going to reduce the sugar a little, but I didn't feel like I was missing out without the butter. 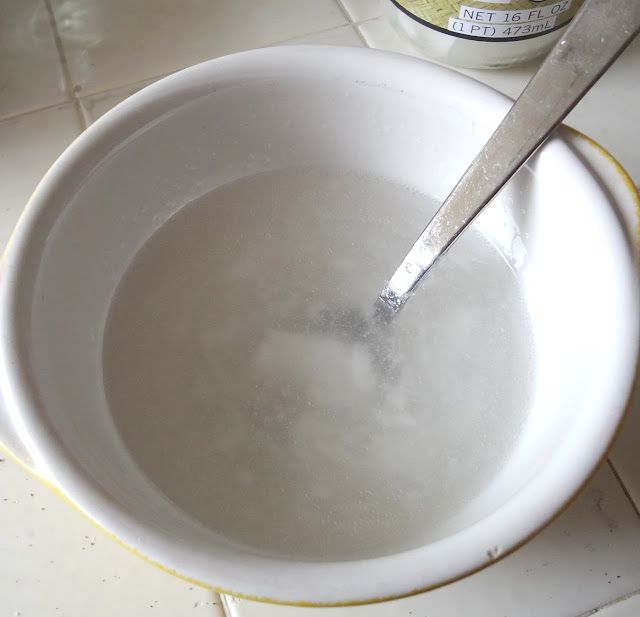 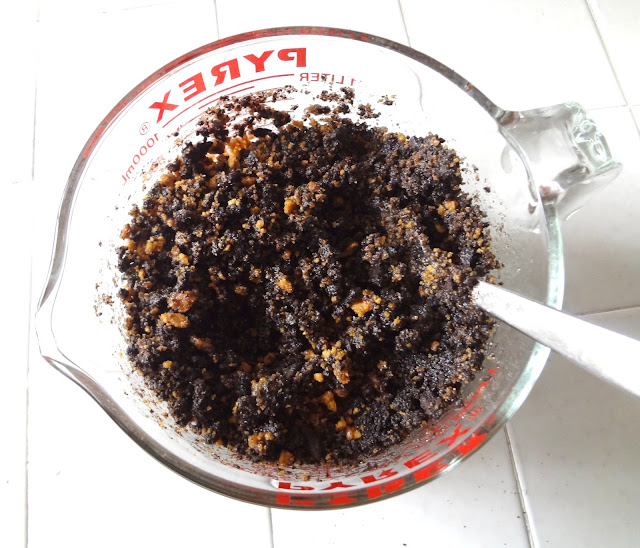 Put a little water on a half rimmed cookie sheet, and top with parchment paper. Then top with crumb mixture. Pat down, and bake at 375 for 15 minutes, until firm. 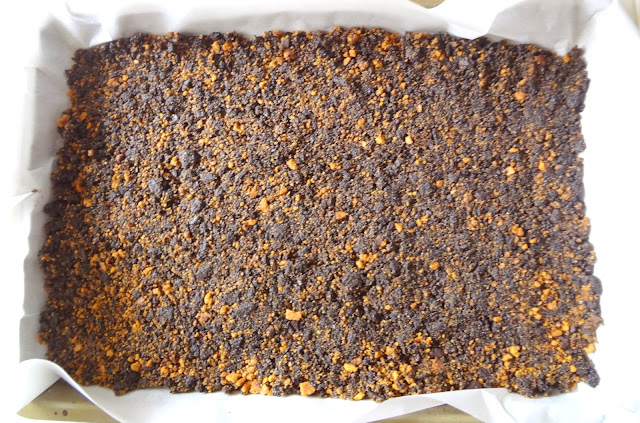 Remove from the oven and let cool completely. This takes around 20 minutes. 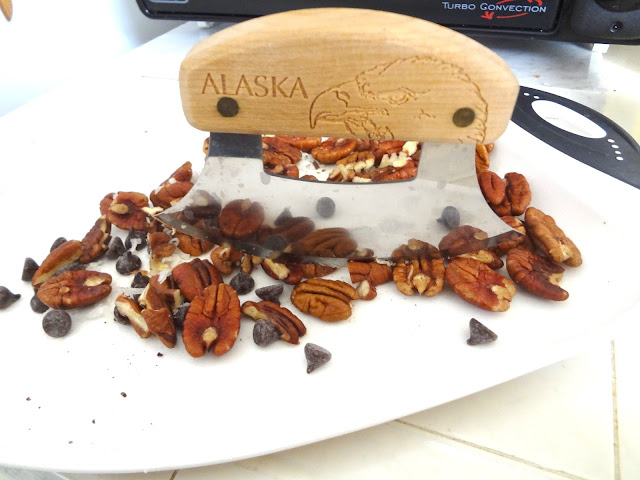 Chop nuts, this is my Alaskan knife, I love using this when chopping nuts or herbs, just makes it so much easier to rock back and forth, rather than chop up and down. 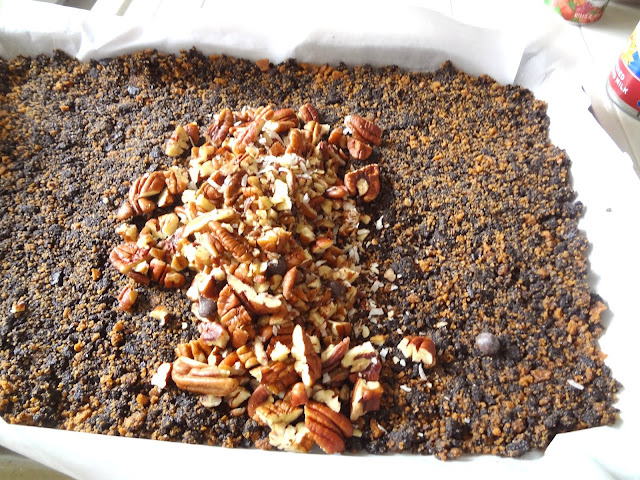 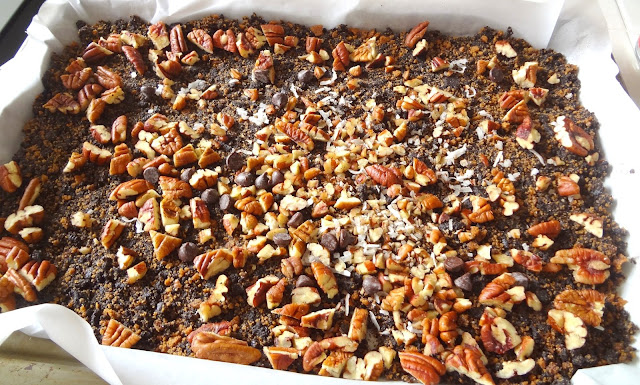 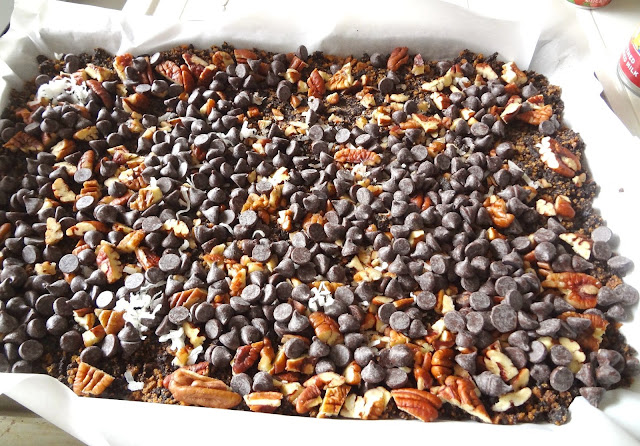 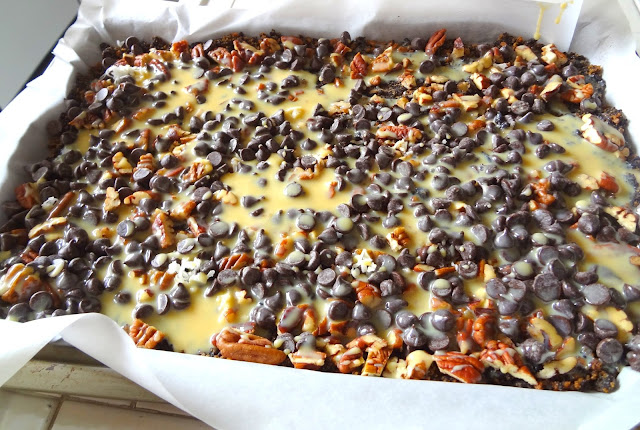 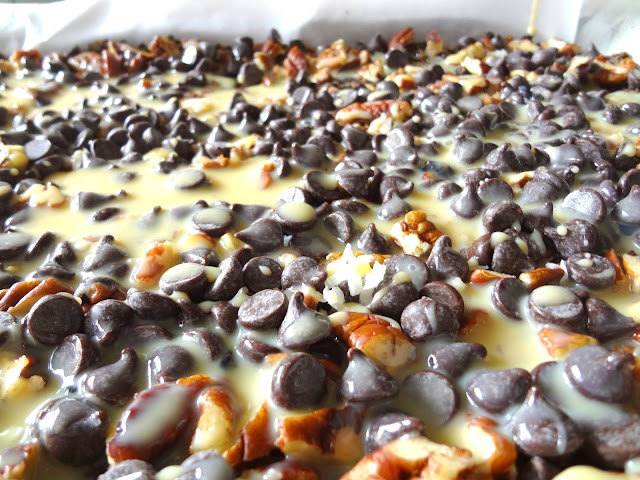 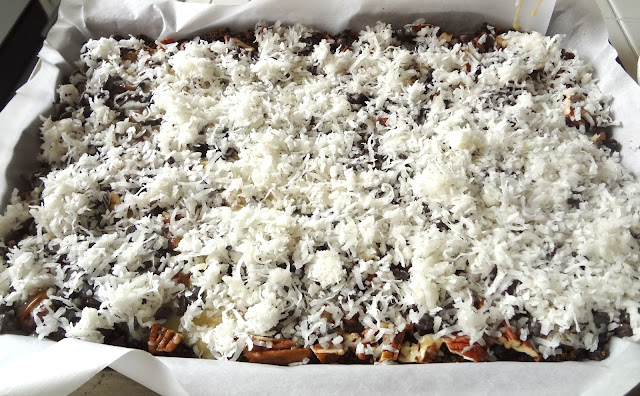 Bake at 375 for around 15 to 20 minutes, you're looking for great color on the coconut. 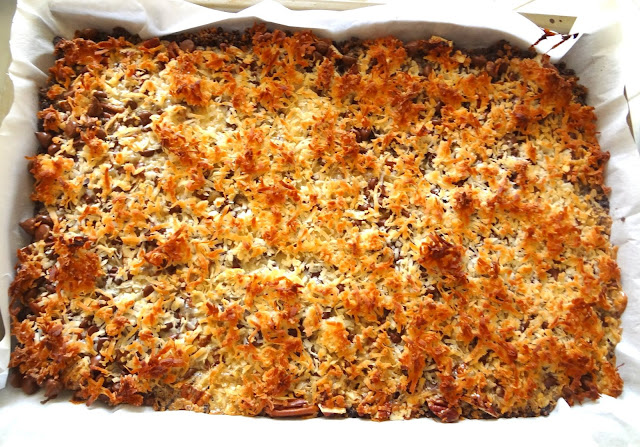 Place on a cookie sheet to slice into serving pieces. 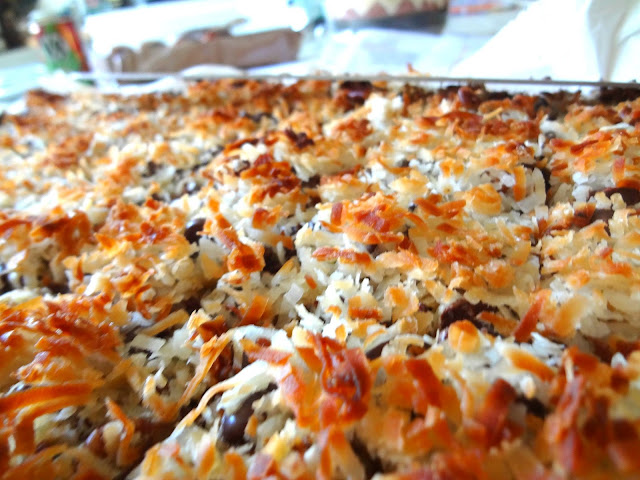 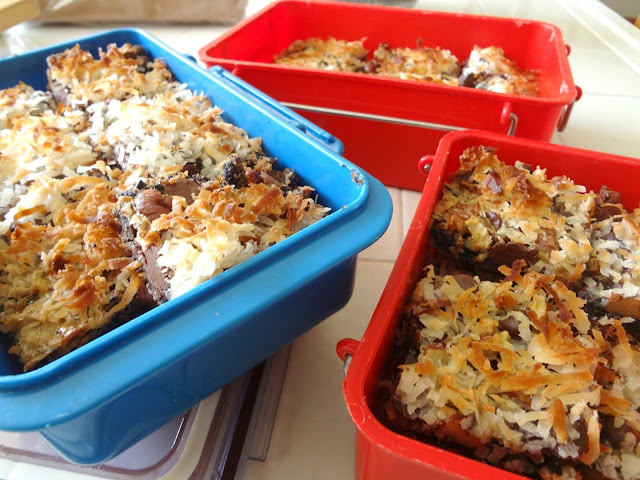 I packed these all up into bento boxes and sent one to work with everyone.