Crab and Shrimp Cakes; Seafood fun out of a can 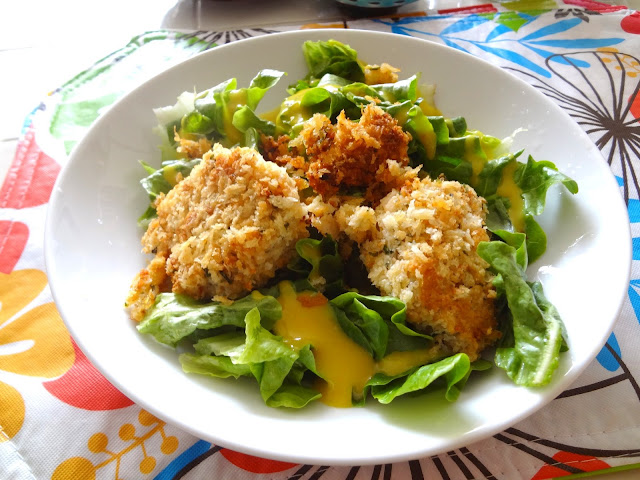 This recipe, this recipe, first of all I made it up on the fly, normally I try to test something out this creative a couple times before I commit to making it. But crab cakes were on the menu, and I was running low on crab, I had bought a can of shrimp, hoping for the best on flavor, and thinking of making a shrimp salad, (that is something I've done before) So in the middle of a new recipe, in which I had to adjust half way through, because the cakes kept falling apart, my camera up and dying, not a long death, just a battery related one, and this was while half the cakes were on the heat. No time to charge, and despite years of being told to buy a second battery by my ex, I still don't have one. So, yeah, the camera on the phone was the replacement, and even though this is the newest version of the mytouch, it's still no iphone, takes a lousy shot, I did my best to fix them up, but, as you can see, they can't really be fixed from being slightly blurry and overexposed. But here it is, crab and shrimp cakes, they actually turned out pretty good. They need the sauce and the salad, but hey, that's not a sin.

Start with cans of crab and shrimp. 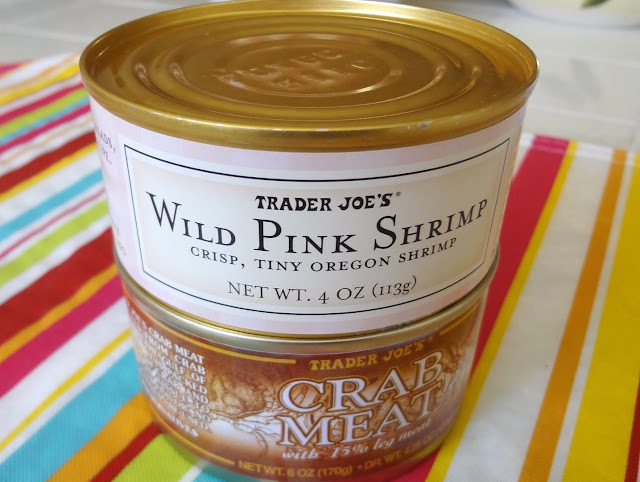 I like the TJ's crab especially because it contains lots of claw meat as well. I think the good canned stuff, if it's nice and chunky is a good stand in for the much more expensive and harder to find fresh.
Drain the crab meat. 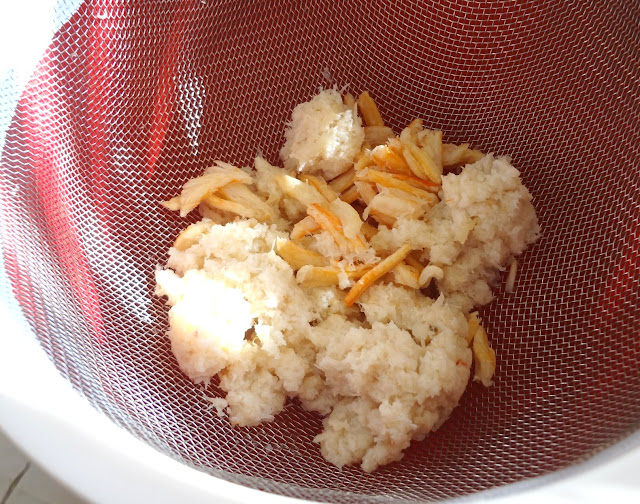 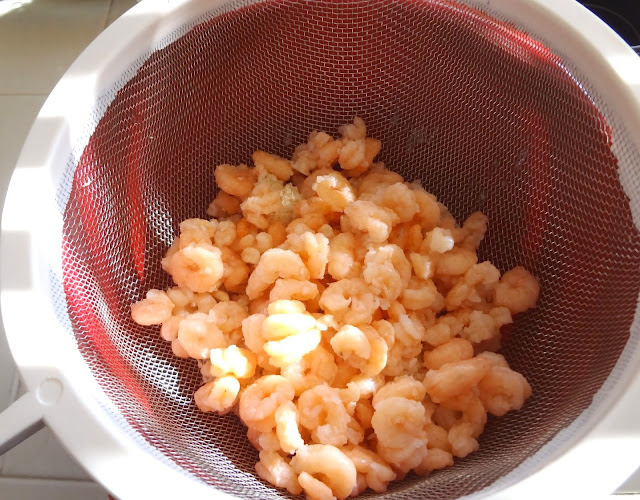 Looks pretty good, they are bigger than I thought they would be, for some reason I had assumed they would be even smaller than the smallest frozen variety, when they are more like that exact size.
Place in a bowl 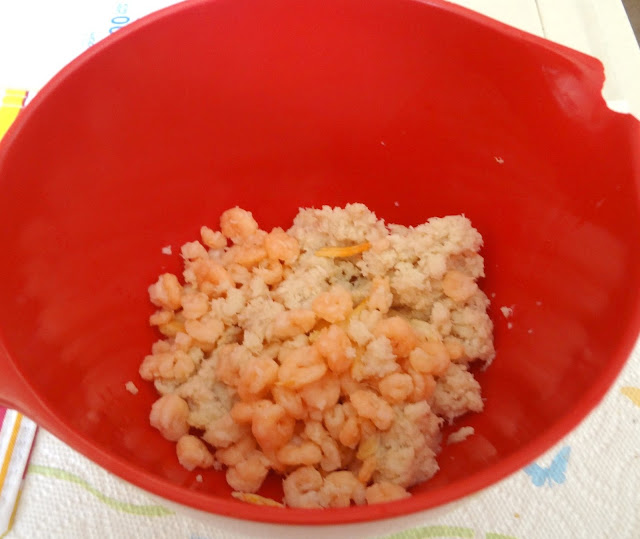 Add all the mix ins. That includes chives, you can use green or white onion, but chives are the one herb I always have in the garden, just keeps on growing for years and years now, all I have to do is take the scissors to them. 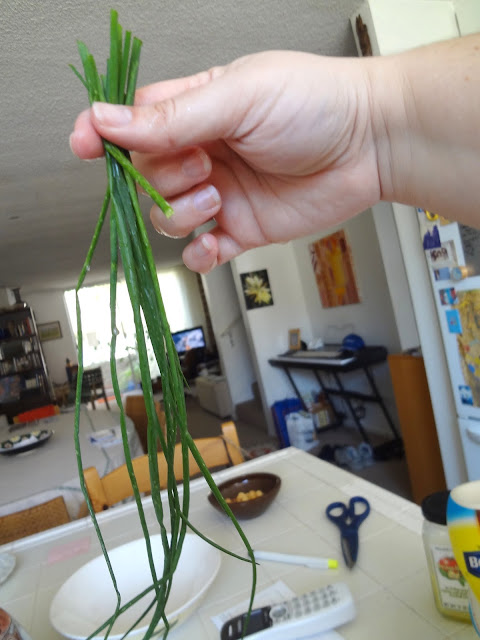 But that really is it, and I don't really like that photo. 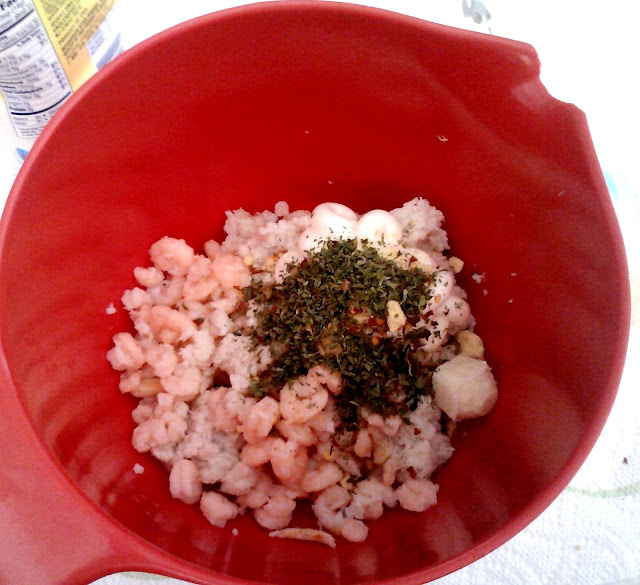 Mix all together, separate into 8 parts, or well just shape into a medium sized meatball really, flatten out, and cover with more bread crumbs,

Heat a pan of oil on medium heat, add four crab cakes at a time. cook on each side til golden brown, Add more oil if needed, you want that great color on them, 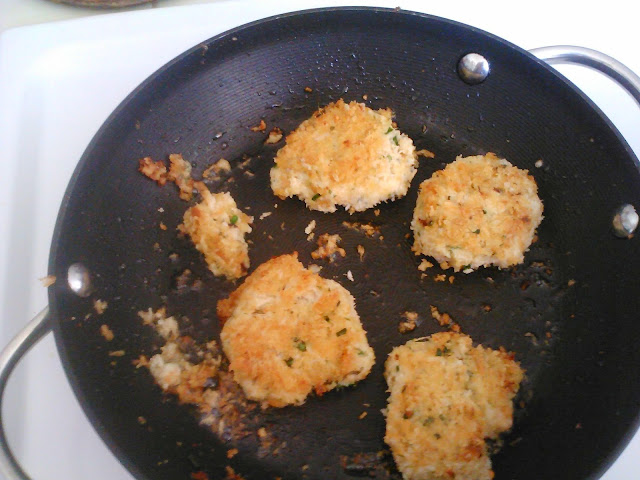 Serve with lettuce and honey mustard dressing, if desired. 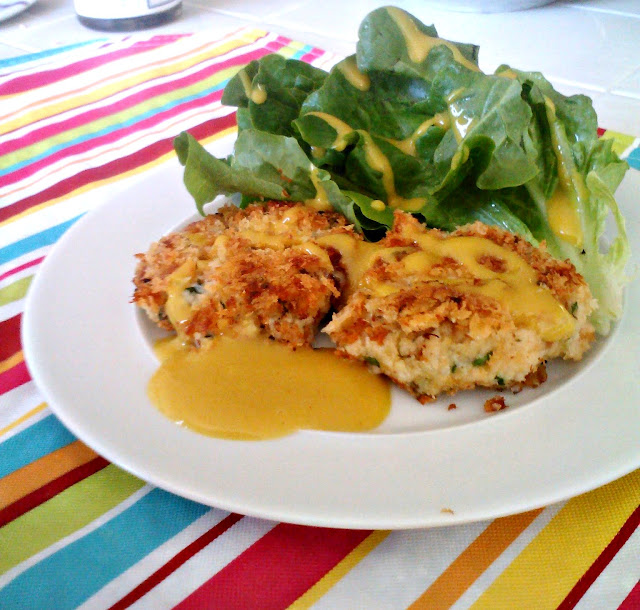