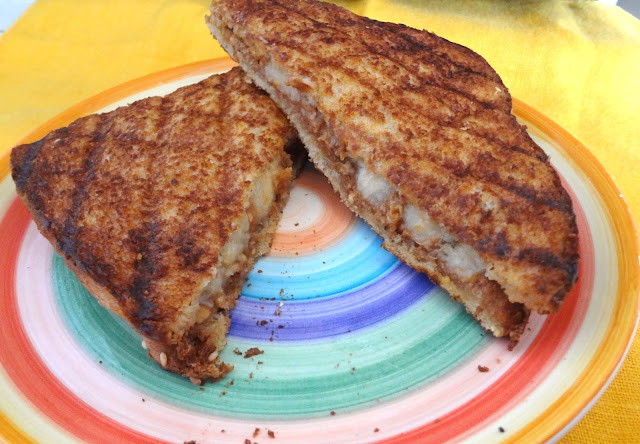 Peanut butter is one of those foods where you pretty much have to grow up with it to like it, you have to overcome a great deal of stick to your mouth factor, and that's something kids deal with better than adults, and as much as my house was not a place for typically American fare growing, (I hadn't even heard of different dressing until I was eight and at a slummer party, wherein the mom asked me what dressing I would like, I was so lost and unaware I asked for lemon, she gave me a slice of lemon, I didn't know what had gone wrong.) Somehow peanut butter was there from the start, and nothing goes well with peanut butter like banana.
Rather than frying a sandwich, I thought I'd press it, I'm sure this has been done before, but I was just really experimenting, the one thing I would have done differently is use a less ripened banana, but that may just be personal preference. 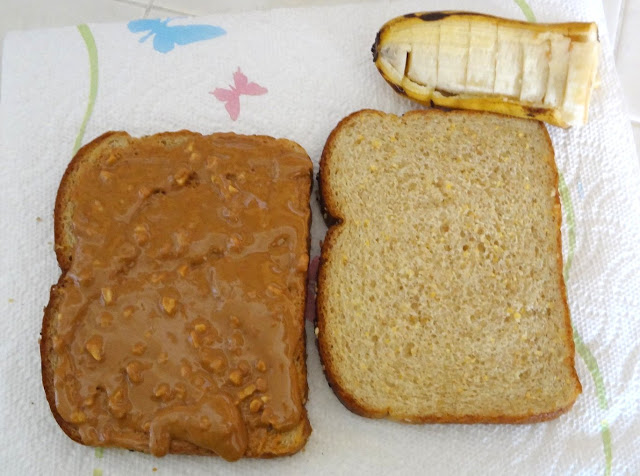 This starts off simple, I heat the foreman grill, I have one of the old slanting kinds, but it works just fine, slant and all. 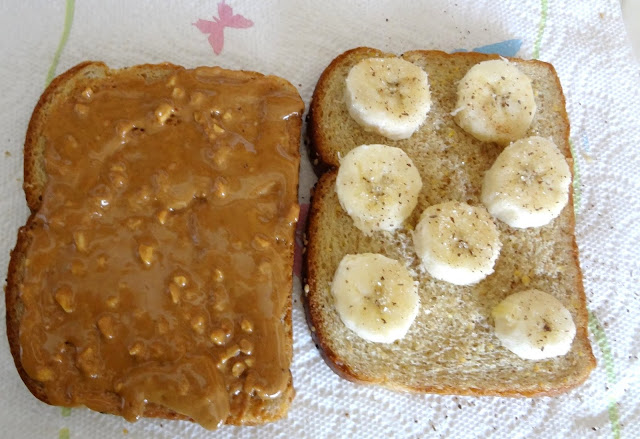 I
then spread peanut butter on one side of bread, and place sliced bananas on the other, I topped them with a little raw sugar, to help the caramel flavor along and a little cinnamon, for the whole baked goods taste that goes oh so well with breakfast. A bit chocolate or marshmallow would be great additions as well.

I sprayed one side of the bread with a little cooking spray, placed that side down on the grilled, sprayed the other side and closed the lid, around 5 minutes later the perfect crust on the outside. 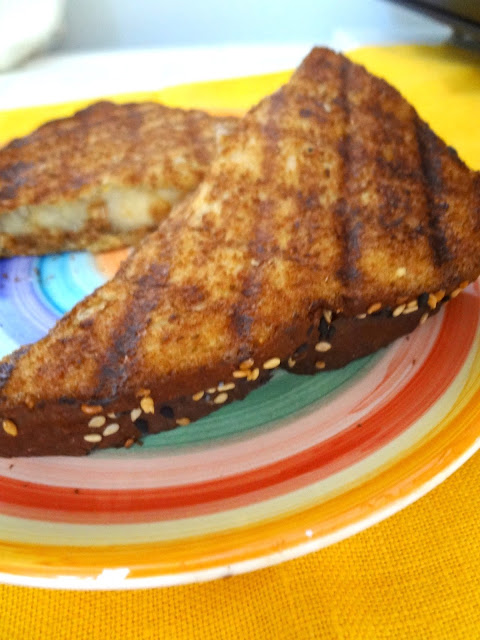