What it's Wednesday already?

on June 20, 2012
Some weeks just fly by, Predator Cycling just past 2000 fans yesterday morning, I am so excited, I remember the night we got to 1000, it was late at night, and we had been watching the numbers for a few hours, knowing it was about to hit the mark. With 2000 I never actually saw the number, I knew the night before it would happen on Tuesday, and by the time I checked it was 2002, there is nothing like the rush of setting a goal, and reaching it early.

I was typing last night for around 2 hours on the tablet last night, and google docs and my keyboard don't like each other, so I was using the gmail app, I noticed it wasn't syncing properly, so I thought I'd send it to myself to be on the safe side. It disappeared, completely gone, had to write it all over again, now I'm sleepy.

The longest day of the year is today, I can't believe the days are going to start getting shorter already, I'm not ready for that, I've been enjoying driving home while it's still light out, and being able to photograph food after work, I hardly ever have to plan out a quick photo shoot in mornings right now, and I love that, there's so much less risk of it all getting eaten.

Speaking of the longest day of the year, we're having a picnic to celebrate it tomorrow, first one of the season, we're very late getting started this year, hopefully there will be more picnics to come. We used to have them every week in the summers, after work, the parks' picnic tables are not popular late in the day.

Driving through Santa Barbara on Sunday, I really begun to question why we live in LA, I mean Santa Monica is nice, but it's no Santa Barbara, ok, so I would prefer somewhere that wasn't a college town, but still there's so much more to this state than LA I don't know why I'm so tied to it. 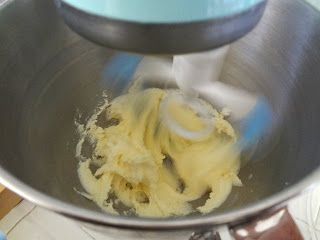 A friend of mine just got her first KitchenAid, a very special day in any baker's life, I've only had mine for a year and a half now, I hadn't used one since my grandmother's kitchen, just picking the color is so special and personal, and when it arrives, there's nothing quite like it, it's like meeting a friend you're going to have for life. Sigh, if you don't get it you never will, and if you do get, you should be totally on board. There's is one, just one really great component everyone should have, and that is the scrapper paddle, basically a requirement for all bakers. You can kind of make it out in the photo above, a reject from the second raspberry post.

I had so been looking forward to eggs in Nor Cal, and was so disappointed, farm fresh eggs are much more commonly served in restaurants up north, in fact the further north you go, the better it gets. I guess I just wasn't north enough.

Trip update, we all officially have tickets now, well not all, but everyone who can come does. So exciting, some of the girls I haven't seen in 11 years, that is so long. I have to start talking to more people in Cyprus, I wish I could stay in Nicosia, but free accommodation in Larnaca, far too tempting. Just found out my sister isn't going to go at all this summer, which is shocking, one of her friends is getting married, and she has been looking forward to this for such a long time, but she's going to have to move to New York this fall, and that means stricter budgeting for all of us.

This is officially the longest I have ever gone without talking to my ex, 6 weeks was the last record,  and that was a few really lousy weeks a few years ago I'm never going to be ready to talk about. 6 weeks and 1 day is what we're at right now. We're talking the longest run, since I met him, 12 years ago, it's very strange, I'm betting he doesn't read my blog, he was never very good at reading what I wrote. I think he hasn't noticed yet. Which I'm a little bit pissed about, but I haven't had any real close calls yet, urges, but no clicks. Aren't you proud?