Ridiculous standards when it comes to Moussaka 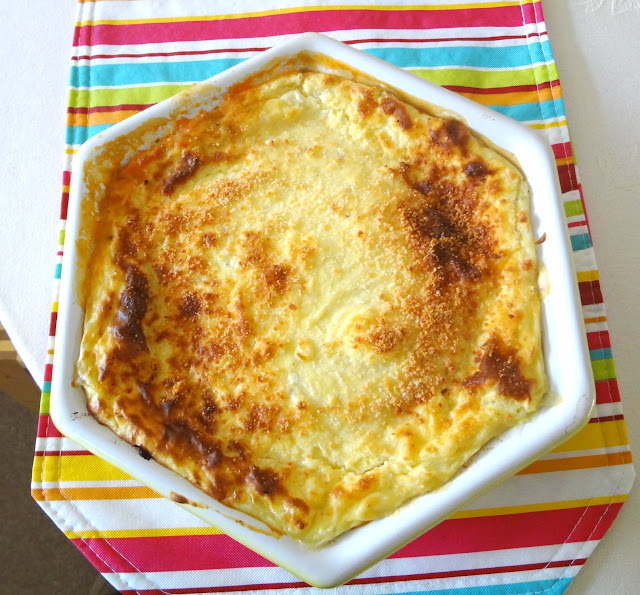 Some people will not believe how I'm starting this post, but Moussaka is like a casserole with vegetables (in this case eggplant and zucchini) ground meat, and a white sauce (but not the "white sauce" at least not according to me). It's Greek, and when made right, like home in your mouth, so comforting, and so full of all right flavors.

Some of you are in a shock right now, did I actually explain what moussaka is, but after I made it, I ran into more people that hadn't heard of it, than had, so I felt I had to.

This recipe is pieced together from three others, the veg comes from a gratin recipe, the meat from a moussaka recipe, and the sauce from my great aunt's baked pasta recipe. Why is this recipe Frankenstein's monster? Over the years, this stood out as the best way of making it, and I don't argue with flavor.

I highly recommend making the meat a day before, only because this sucker is going to really take a lot of time to put together and the meat is the least picky components, in fact I've even done the cottage pie thing on occasion and used leftover meat. (I know I said cottage and not Shepard, it's because I use beef and not lamb, yes I am crazy enough to care about the difference.) 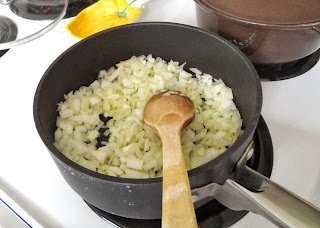 Cook one large onion in olive oil, until golden, 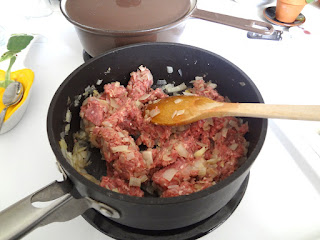 add 1 clove chopped garlic, cook for 30 seconds, then add 1 really heaping tablespoon pepper paste, and 1 ib meat. Season with salt and pepper, some parsley if you have any, (I usually use some dried, never really have fresh on hand.) Cook through. 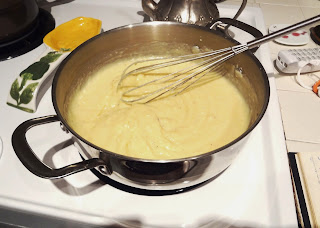 To make white sauce, combine 1 cup milk, 1 cup flour, 1 cup water, 3 eggs, and a little salt and pepper in a pan, cook on medium heat, til it thickens, really really thickens, if you keep stirring, you won't get any lumps, but trust me, you're going to get lumps, but that's ok, they will cook out. When thick add 1 tbsp olive oil, 1 container cottage cheese, and 8 oz. whipped cream cheese. Traditionally there's a cheese layer, made with a soft Greek cheese, I have never liked, so this is my replacement, good replacement. You may have too much sauce, I usually do, in which case I boil some pasta, add a stringy cheese and bake together, See my baked spicy mac and cheese recipe for more. 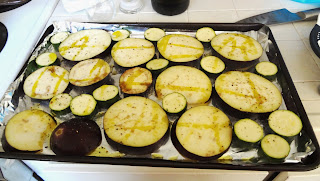 For the veg. Slice 1 large eggplant and 1 large zucchini into discs, place on a baking pan, and drizzle with olive oil and salt and pepper. 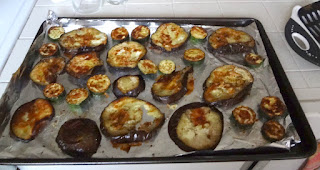 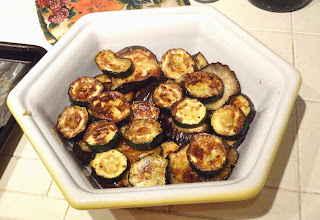 Layer moussaka, with veg at the bottom, 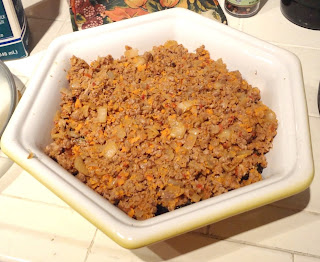 meat in the middle 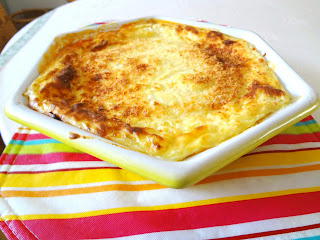 and sauce on top. Sprinkle with a little parm and bake at 350 for around 40 minutes, til browned on top.
Beef casserole eggplant food greek moussaka recipe white sauce zucchini