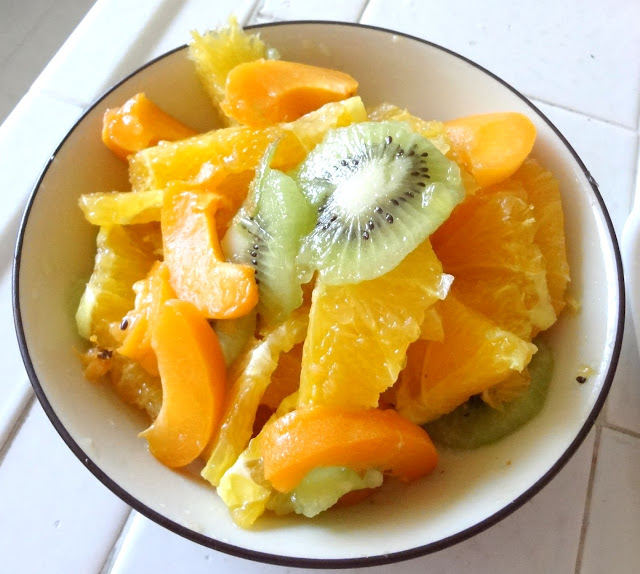 Some mornings just need something to brighten them up, and a breakfast fruit salad can do that, I not entirely sure what qualifies as breakfast fruit, but I think it may be a color thing. I started out thinking I would just do orange and kiwi, and line them all up and make it pretty, and then it looked so blah and boring, and sort of rusty old B&B style,
so I added apricot and a little, this is my big fruit salad secret, frozen concentrated orange juice, probably should have used some of the orange peel, but the frozen stuff is just easier.
For regular fruit salad I have done lime juice, lime zest and honey, which if you have never had, try it, it's even better with a little vanilla ice cream to serve, but that's true for almost any dessert. 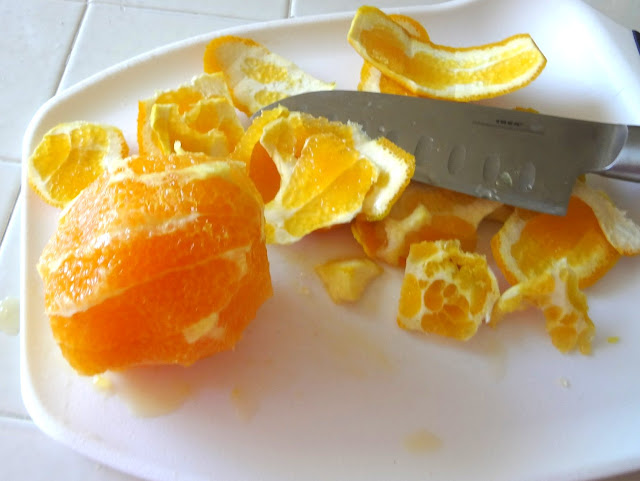 Remove peel and pith from an orange, by first slicing off the bottom, then setting on the bottom and then cutting strips off the orange,
also peel the kiwi. (Or don't if you like kiwi peel, which sounds strange, but it's not as uncommon as would think.) 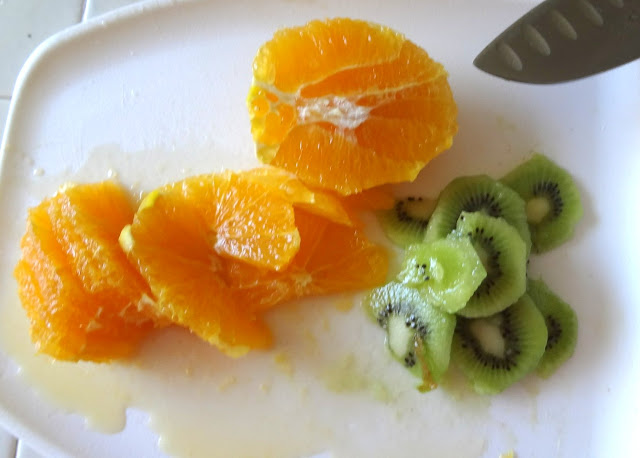 Slice orange in half and slice everything up. place a little frozen orange concentrate on the bottom of the serving bowl and all the fruit on top. mix just before eating.

I don't think I have ever made actually juice with orange juice concentrate, I use just for this and to make orange chicken, it's like sauce in the freezer or me.
Breakfast easy food fruit kiwi orange recipe Salad