Getting a little creative with leftovers Greek Mac & Cheese

on April 26, 2012
I had cheese mixture leftover from making buregs yesterday, so I decided baked spinach with the cheese, only, after the spinach cooked, there was a lot more cheese. So I added chopped mushrooms, but turns out, didn't have enough mushrooms either, so I added some pasta shells and voila, Greek Mac & Cheese was created. It's like spanakopita, without the sweat and tears of dealing with filo, which I avoid at almost all costs. 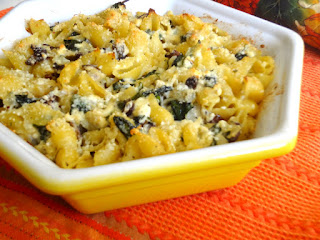 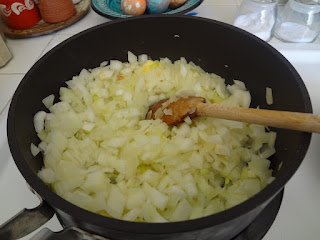 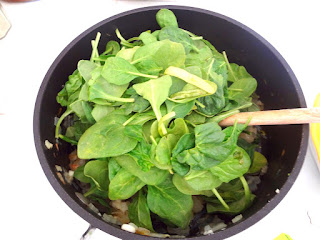 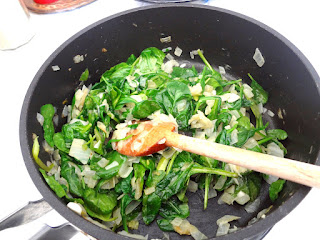 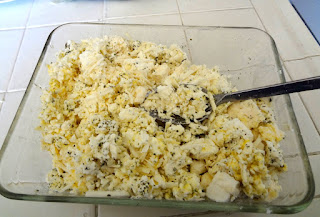 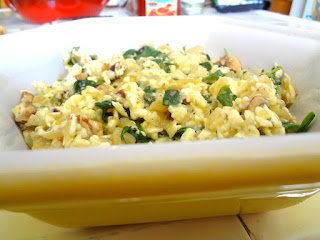 Place in a greased oven proof dish, top with Parmesan 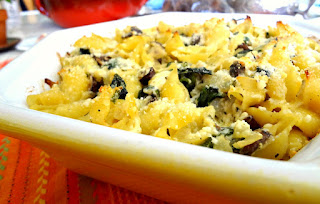 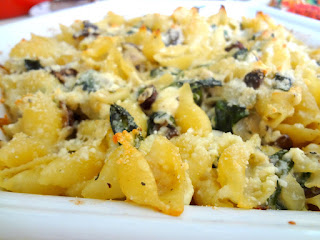 Bake at 350  for around 30 minutes until slightly golden.